Although Athiya Shetty is yet to make announcements about her next after Arjun Kapoor starrer Mubarakan, the actress, as we all know, is also quite into philanthropy. Athiya has been doing lots of humanitarian work through an NGO that she runs along with her mother, Mana Shetty. One of the causes that she deeply believes in and has often extended her supported to women empowerment. And now her father Suniel Shetty too will support her in this endeavour, albeit in a special manner. Athiya and her father-actor Suniel Shetty will be sharing screen space for the first time for this project. 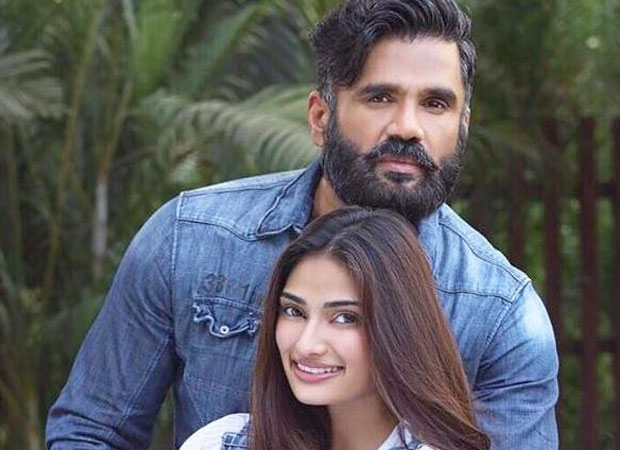 Yes, a video creating awareness about the importance of educating girls will feature Athiya Shetty and Suniel Shetty. While fans of B-town will be eagerly waiting to see what this father-daughter duo on screen, we hear Athiya too is excited about it. Sources close to the actress claim that she had been waiting for a chance to work alongside her father long before her debut. And now, she has finally got a chance to do so through this initiative.

Besides the topic of women literacy, the video also throws light on some issues existing in the society like female infanticide. Time and again, many Bollywood celebs have condemned such heinous crimes. Athiya, who too has expressed her concerns over the increasing crime against women, has also supported girl child along with Suniel Shetty promoting a similar ideology. Hence, we hear that shooting for this special video was an emotional experience for both, the father and the daughter.

Speaking on the same, Athiya Shetty said, “As a family, we have always supported the idea of girl child welfare. For this project, neither of us needed convincing. I am so glad that we got the opportunity to work together for such a noble cause.”

On being asked about what she has learnt from her father Athiya added, “My father is disciplined and prepared before he faces the camera. I try to emulate his approach towards work. He has taught me that nothing worth-having, comes easy.”