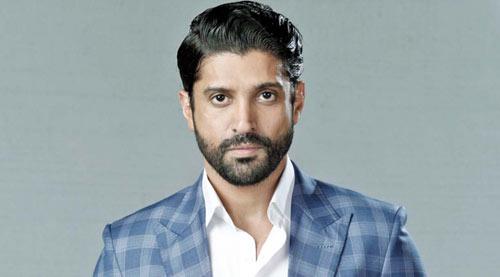 While there has been a lot happening on the professional front for Farhan Akhtar who is juggling between roles as a producer, actor and a musician, it seems that this multi-talented star has bagged yet another film. We hear that the actor has been roped in to play the protagonist in the upcoming Nikhil Advani production Lucknow Central.

The film is said to have music as a backdrop with a few of jail inmates rediscovering the zest to live life as they decide to follow their passion for music by creating a band within the jail surroundings. The details of the cast are still being kept under wraps and it has been learnt that the music will be composed by musical genius A R Rahman. Directed by one of Nikhil's assistant Ranjit Tiwari, Lucknow Central is said to be inspired by true events. Rumour also has it that Farhan, after coming on board, may co-produce the film under his banner Excel Entertainment.

Interestingly, Farhan Akhtar is gearing up for the musical Rock On 2 currently, which promises to portray yet another emotional journey of the band Magik, starring Arjun Rampal, Purab Kohli, Shraddha Kapoor, Prachi Desai among others and directed by Shujaat Saudagar.