Rohit Shetty and Farah Khan are two of the ace directors in the industry who make their films larger than life. While there are a lot of rumours that do not turn out to be true, this particular one including the two of them have been confirmed by Rohit Shetty himself. There were reports that Rohit Shetty and Farah Khan will be joining hands to come together for a project where Farah will be directing the film and Rohit Shetty will be producing it. Apart from that, Rohit Shetty has been in the news for other reasons as well, the major one being his upcoming lady cop finale to Singham, Simmba, and Sooryavanshi. 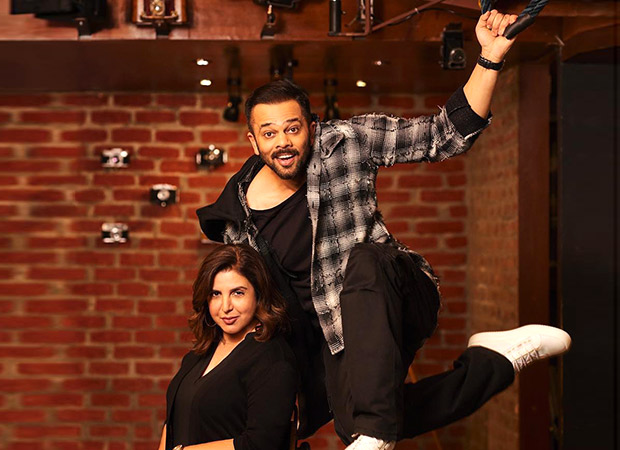 When Rohit Shetty was at the panel of FICCI Frames 2019, Bollywood Hungama got in an exclusive conversation with him and decided to get confirmed reports on it. We asked him if Farah is really directing a film for him and what his role as a producer will be like and he said, “Yeah, Farah is directing a film for us. (I am just) just the producer. I want to see Farah happy while making the film and whatever her requirements are, whatever her vision is. We are just there to support that and nothing else, as a producer. It will be a Farah Khan film.” We further enquired about the movie going on floors and he honestly replied, “She (Farah Khan) is still writing it. I think it will take a little bit of time but very soon I think. Maybe, by this year-end we will start.”

Then, we came to the biggest question, if the lady cop finale is his venture with Farah and he clearly denied the rumours saying, “Farah's film? No, no! It's not that.” Well, even if the lady cop film is not happening with Farah, we’re just glad that both the projects are happening and we couldn’t be more excited about his upcoming projects.