Director Vijay Krishna Acharya (Victor) has already started working on the fourth installment of the Dhoom franchise, produced by Aditya Chopra and apparently, the script is being written by Maneesh Sharma. Victor will direct the movie. While Salman Khan was in talks with YRF for over a year to play one of the lead roles and the deal was almost locked in June this year before he left for his Dabangg Reloaded tour, now we have heard that he may no longer be doing the movie. Ranveer Singh is said to play the other male lead in Dhoom 4. 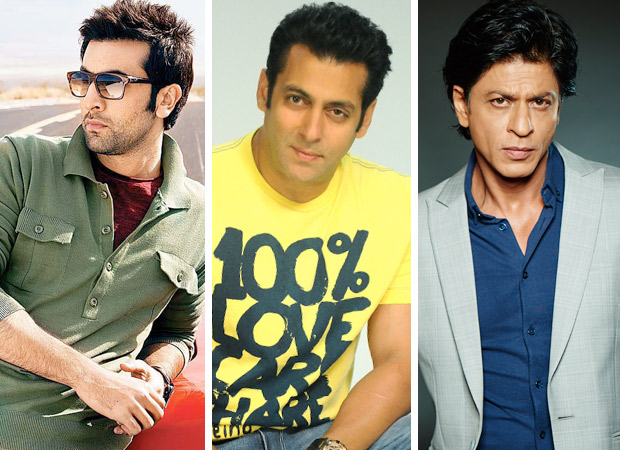 A trade source says, “The Dhoom 4 shoot will commence early next year and will go on for 130 days so Adi is keen to lock cast and crew by this year. Major parts of the film will be shot in Dubai. While a reference poster with Salman had even been made now it seems that it’s not working out with him. This is a recent development in the last few weeks, especially post-Race 3. Apparently, one of the conditions that Salman had laid down with Aditya Chopra was that he would not be in a single scene with Abhishek Bachchan (given Salman’s past history with Abhishek’s wife Aishwarya Rai Bachchan) in Dhoom 4. The writing team was apparently racking its brain on how to come to terms with this creative change because Abhishek (who plays ACP Jai Dixit) forms a crucial part of the cast.”

Buzz is that’s when Shah Rukh Khan and Ranbir Kapoor stepped into the picture to save the day. Adds the source, “Both are huge and much-in-demand stars and will add their own value to the film. While SRK was being considered to step into Salman’s shoes, Sanju happened to Ranbir. The movie’s blockbuster success and the fact that RK is already doing Shamshera with Adi made the makers consider him too. Both he and SRK have never done a Dhoom franchise before like Salman and the two megastars will definitely add their own charm and freshness to the cast if either comes on board. Ranbir is the heartthrob of the Gen Next while Shah Rukh's eternal lover boy appeal and evergreen charm is timeless."

The source says, “Shah Rukh has an edge here over Ranbir as he, YRF and Maneesh have an old association. Maneesh has not only directed SRK in Fan (2016) but both have spoken about doing another movie together after Fan (which is not a sequel). The role in Dhoom 4 is not a negative one but will be like what Aamir Khan, John Abraham and Hrithik Roshan had played in the earlier installments - slick, stylish, cool and savvy. Adi will make an announcement once the paperwork is done and his lead actors are finalized. But it will definitely be interesting to see whether Shah Rukh or Ranbir will be a part of Dhoom 4."

When contacted, Yash Raj Films' spokesperson says, “There is no truth to this.”

Also Read: SCOOP: Will SALMAN KHAN and KATRINA KAIF come together for DHOOM 4?