Riding high on the mega success of Bhool Bhulaiyaa 2, Kartik Aaryan was recently in Europe with his team celebrating the success of the film. While he is back in the bay and immersed in work, he sat down with Bollywood Hungama to talk about the film, what it means to have a blockbuster project and whether he is reuniting with filmmaker Luv Ranjan. He is directing Ranbir Kapoor and Shraddha Kapoor in his next directorial which is set for Holi 2023 release. 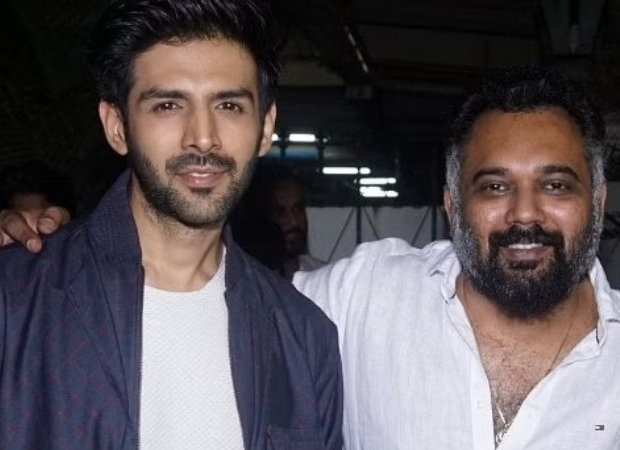 Interestingly, Kartik Aaryan saw rise in his fame with Luv Ranjan’s 2011 movie Pyaar Ka Punchnama. They then went on to work on several projects including Pyaar Ka Punchnama 2, Akaash Vani, and Sonu Ke Titu Ki Sweety. When said that he is a lucky charm for Luv Ranjan due to which he might do a cameo in his next movie, Kartik responds, "Maine bhi uske baare mein padha question mark ke saath. I'd like to believe I am lucky charm. He has been my lucky charm. We've had a great journey. Main uske baare mein jyada nahi bol sakta. Luv sir se hi uske baare mein pucha jayega toh behtar hoga (I also read about that with question mark. I'd like to believe that I am his lucky charm. He has been my lucky charm. Our journey has been great. I can't say much about the film. It would be better if you ask about him from Luv Sir only."

When prodded further, he adds, "It's a big question mark."

Earlier, reports claimed that Kartik Aaryan may do a cameo in the project and he agreed to it. He has special bond with Luv Ranjan and his special collaboration will also feature Ranbir and Shraddha in the scene.

With Bhool Bhulaiyaa 2 released, Kartik Aaryan has Shehzada, Captain India, Freddy, and Sajid Nadiadwala's untitled next in his line up ahead. He has also signed another film with Sajid Nadiadwala which will be helmed by Kabir Khan.