Last Updated 20.08.2022 | 10:16 AM IST
feedback language
follow us on
Bollywood Hungama » News » Bollywood News » EXCLUSIVE: Karan Malhotra describes his Shamshera male cast Ranbir Kapoor and Sanjay Dutt in one word; says, ‘one has no tantrums, one has conviction’

Filmmaker Karan Malhotra along with YRF has created the fictional world of Kaza for his next Shamshera. Needless to say, it is one of their most ambitious films. For the same, they have also brought together the casting coup of Ranbir Kapoor, Vaani Kapoor, and Sanjay Dutt for the first time. While the trailer and songs of the film seem to be catching on, the makers are gearing up for its release this week. During the promotions of the same, the filmmaker revealed some interesting details about the film and colleagues in a short rapid fire round. He was also asked to describe the male cast he has worked with including Hrithik Roshan with whom he made his directorial debut in Agneepath. 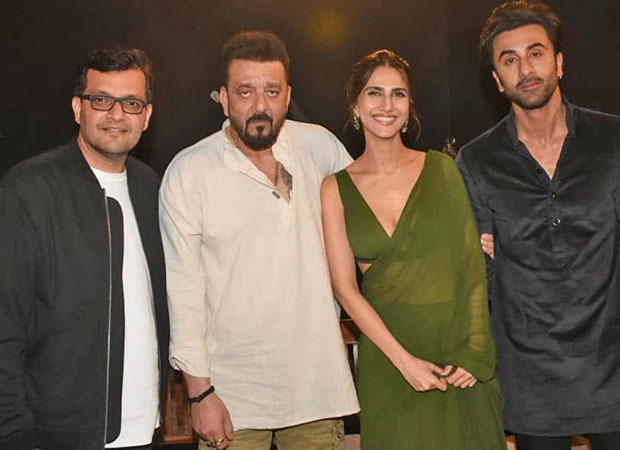 EXCLUSIVE: Karan Malhotra describes his Shamshera male cast Ranbir Kapoor and Sanjay Dutt in one word; says, ‘one has no tantrums, one has conviction’

During the exclusive rapid fire round with Bollywood Hungama, Karan Malhotra was asked to describe the one quality he admires the most in Sanjay Dutt, Ranbir Kapoor, and Hrithik Roshan. He loves the fact that the Kapoor boy has ‘no tantrums’, the veteran actor Dutt has a lot of ‘conviction’, and how ‘sincere’ Hrithik Roshan is. He also revealed that he would like to exchange his resume with ‘Mr. Rajamouli Sir’ aka SS Rajamouli who last gave the massive multi starrer hit RRR.

Furthermore, speaking about Shamshera, the director revealed that the toughest part about the film was its emotional baggage that was the most difficult to shoot. He went on to make a rather interesting statement where he said, “Aisi filmein banti nahi hai ban jaati” (these films are not made, they get created automatically) We are just lucky to be present at the right place at the right time.”

Describing the music of the film to be ‘larger than life’, he confessed that the title track of the film is his favourite and that he is in love with the dialogue ‘Karam se dacait, dharam se azaad’. For the uninitiated, the dialogue is also the tagline of the film.

Besides, Karan also revealed a few details about himself during the rapid fire round. He mentioned that his all-time favourite movie is the Manisha Koirala, Vivek Mushran, Dilip Kumar, Raaj Kumar starrer Saudagar and that he loves to make Lachha Paratha.