Last Updated 02.12.2022 | 11:35 PM IST
feedback language
follow us on
Bollywood Hungama » News » Bollywood News » EXCLUSIVE: Diljit Dosanjh to be seen without turban for the first time on screen in Jogi

Diljit Dosanjh has emerged as one of the biggest stars in Punjabi cinema. Even in Bollywood, he has carved a niche after doing films like Udta Punjab (2016), Phillauri (2017), Good Newwz (2019) etc. The actor will now be seen in Jogi. Directed by Sultan (2016) and Tiger Zinda Hai (2017) director Ali Abbas Zafar, it is all set to be out on Netflix on September 16. 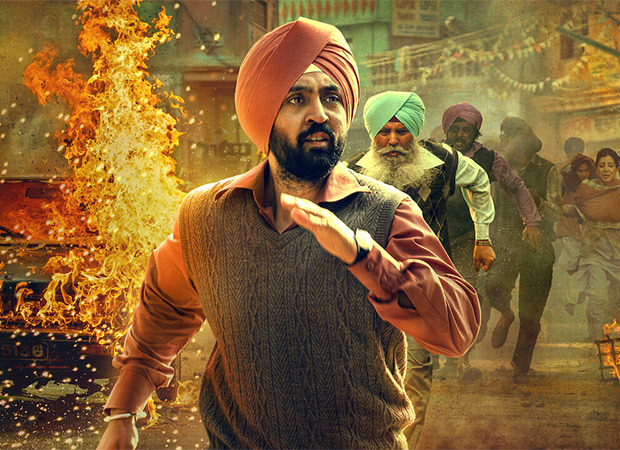 EXCLUSIVE: Diljit Dosanjh to be seen without turban for the first time on screen in Jogi

Today, Netflix held a star-studded event called 'Netflix Films Day' wherein they announced they talked about their upcoming films in the presence of its actors and director. The trailer of Jogi was presented exclusively here to the members of the media by Ali Abbas Zafar, producer Hemanshu Mehra and actress Amyra Dastur. Bollywood Hungama was present and got a sneak peek of the intense trailer.

From the trailer, it has come to light that Diljit Dosanjh will be seen without turban in a major part of the film. Jogi is based on the anti-Sikh riots of 1984. Diljit's character is shown to be removing his turban and cutting his hair with a heavy heart to hide his Sikh identity.

This is probably the first time that Diljit Dosanjh will be seen without his turban in a film. In fact, in a 2018 interview, Diljit had stated, "My most favourite directors from Bollywood have offered me films which I cannot do because they want me to do it without turban and that’s not possible. Turban is my identity, it’s my emotion."

However, Diljit Dosanjh, who made his presence felt at the event through a video call while in London, said that Jogi is an important film for him and it tells an important story from our pages of history. Hence, it is understandable why the actor decided to change his rule.

Earlier this month, a similar sequence was seen in Aamir Khan's Laal Singh Chaddha as well. It showed Mona Singh's character cutting off her son's hair so that he can be saved from the violent rioters in 1984.

Also Read: Jogi Teaser: Diljit Dosanjh fights for his family and brotherhood during 1984 riots in Ali Abbas Zafar’s next