John Abraham, who was last seen in Ek Villain Returns, is all set to collaborate with the other ‘villain’ Riteish Deshmukh for a forthcoming film. The said film is expected to be a comedy, directed by Housefull director Sajid Khan. The leading ladies for the film will be Nora Fatehi and popular reality show contestant turned actress Shehnaaz Gill. To be produced by Bhushan Kumar and Amar Butala, the film has been titled 100%. 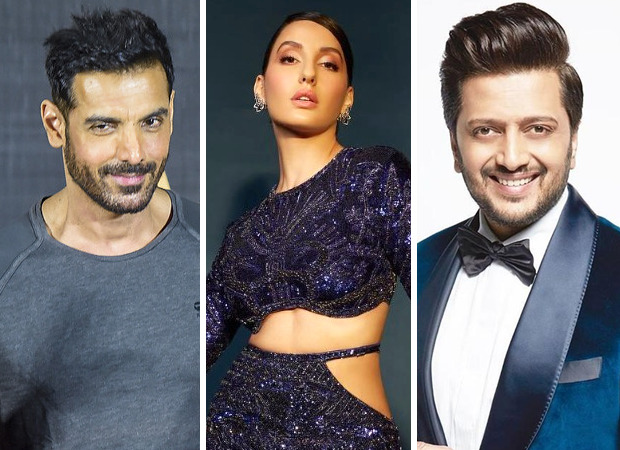 Confirming the same, a source close to the production house said, “Producers Bhushan Kumar and Amar Butala join hands for a family entertainer titled 100% starring John Abraham, Riteish Deshmukh, Nora Fatehi, and Shehnaaz Gill. The Sajid Khan film is set against the backdrop of the big fat Indian wedding and the crazy world of spies. It promises to be a joy ride full of comedy, action, and chaos.”

100% is expected to go on floors early next, in the first half of 2023 and the makers are expecting to release the film by Diwali 2023.

Nora Fatehi is currently the judge of the celebrity dance reality show Jhalak Dikhhla Jaa. Riteish Deshmukh was last seen as the public prosecutor in the Amazon mini-TV show, comedy courtroom drama Case Toh Banta Hai. The actor will also make his directorial debut with the Marathi film Ved this year. On the other hand, John Abraham is gearing up for his next Tehran. Speaking of Shehnaaz Gill, she will be seen in Kisi Ka Bhai Kisi Ki Jaan with Salman Khan and Pooja Hegde.