Danny DeVito was recently part of an animated project where he gave his voice in the Little Demon series, confessed about his love for Indian cinema. The actor-filmmaker couldn’t stop gushing about Bollywood and their way of making films. He even spoke about watching some Indian films like RRR and revealed that he would like to do Bollywood somebody. Along with him, his daughter-actress Lucy DeVito as well as co-star Aubrey Plaza too agreed about trying their hands on Indian cinema. 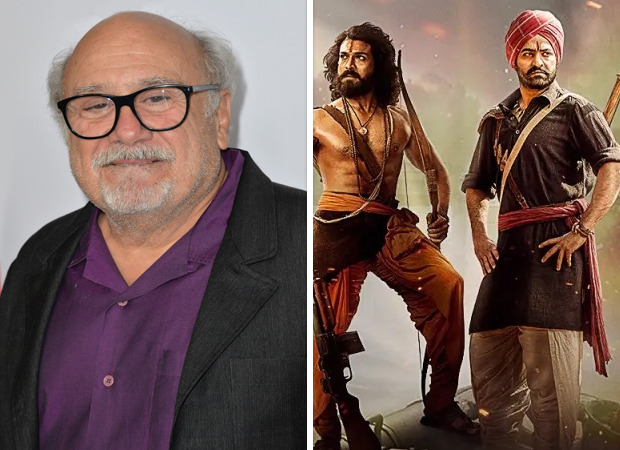 Talking about watching RRR and his love for Bollywood films to IndiaToday.in, Danny DeVito said, “I love Bollywood big time. In fact, as a matter of fact, a few days back, I watched RRR and another one R... Rajkumar, it was really good. I think if I had my way next season or whenever I could talk everybody into it, we should definitely bust into a big number." In fact, agreeing to him, Lucy, Aubrey added, "We need to do Bollywood” in unison.

Along with that, Danny DeVito also revealed the reason behind his love for Bollywood. “What I love about Bollywood is it keeps the story intact. If it's a love story, then the two romantic leads will be seen going at it. Like in RRR, it's about the battles between everybody but they keep up the story even in the singing. And I love that aspect of it. I think it's great,” he shared.

For those who have been living under a rock, RRR is directed by SS Rajamouli and stars Ram Charan, Junior NTR, Alia Bhatt in lead roles along with Ajay Devgn playing a pivotal role. The film is a period drama set during the pre-Independence era and was released in multiple languages. The film received a massive response from the South as well as audiences from across the country and the world.