Actor Charvi Saraf, whose 2-year stint with Kasautii Zindagii Kay gave her a lot of recognition, acknowledgment, and love from fans for being the best sister, talks about how she will miss the show as the show is going to see its end in the next few days. The current track focused on Charvi's aka Shivani's wedding and there were many celebratory moments in the show which she was having a real fun time shooting for. Unfortunately, the celebrations were put to stop when the makers decided to pull off one of the most popular TV show abruptly, due to some internal reasons. The last episode will air on October 3 as confirmed by the actress. 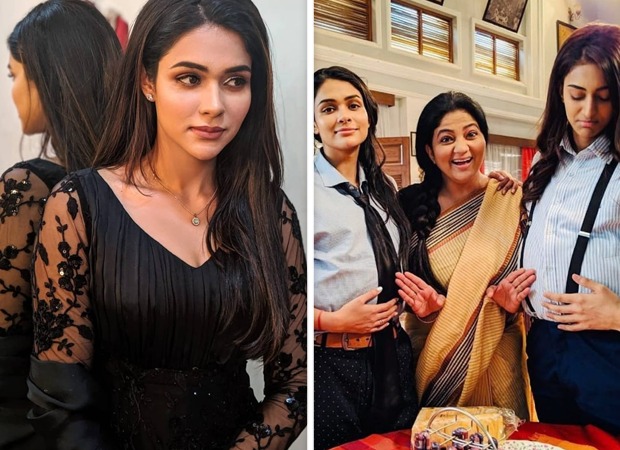 She says “Unfortunately it all happened within a blink of the eye. There were many speculations doing round since quite some time about the show's end but none of us believed. But one fine day we got to know the last air date which came as a major shocker as it was a big show. The most saddening part is I did not even know that it was my last shoot day yesterday. I just wished I could have got a deserving closure being a key character in the show."

"Not taking any grudge, the actor wishes to take all good memories with her, all of us who were a part of this show will be missing it big time. I have learnt so much from this show and became a better performer in each passing scene, it was a beautiful long journey for me and the first longest show I have ever done. I will cherish how much the fans have loved my character and our (Prerna and mine) sister duo chemistry and how much they related with it. Some of us co- actors became family, the masti and laughter sessions on set with the whole cast and crew will be badly missed."

"There was a big fan base for this show which will be equally saddened to hear this as it was one of the most romantic iconic shows. I want to thank all the viewers for loving me as Shivani. It's in fact a dream for many actors to do a Balaji iconic show, which I think I have lived my dream, I will miss it as this character was a part of me since a long time and will definitely miss going to the sets every day. I wish all of us including Erica and Parth, meet the last day of shoot or we will definitely plan a get together to relive our 2-year shoot memories." she says

Ask her what is next she says, “I am planning for a small break to refresh myself but do not want to put a long stop as I am a workaholic and being on sets brings the best of me. So I will start auditioning for a good role, preferably a lead or a good web series and will put all my energies towards it. Also the market is very competitive, the roles are limited and contenders are many, especially in this time of corona, so need to be constantly at it”, she concludes.

Also Read: “More than the awards, I want to be the critics favourite”, says actor Sahil Anand