Ajay Devgn and Ranbir Kapoor, who starred in 2010 political drama Raajneeti, will be reuniting in Luv Ranjan’s production. But, the film is yet to go on the floor and it is speculated for Christmas 2020 release. Interestingly, the leading ladies of the film are yet to be announced by the makers. But, it seems like they have locked in Deepika Padukone and Nushrat Bharucha. 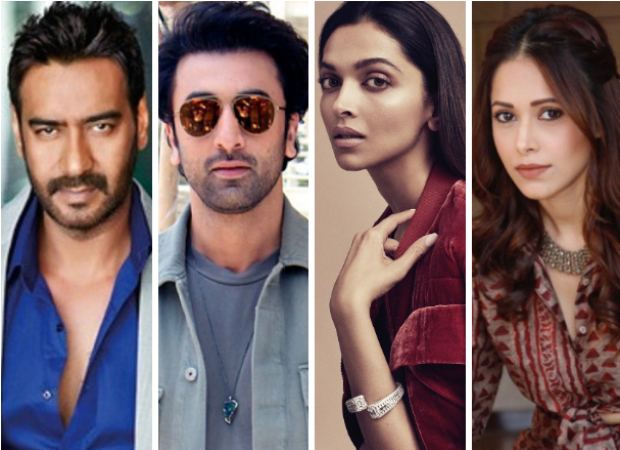 Deepika Padukone, on July 19, was seen with Ranbir Kapoor while leaving Luv Ranjan's residence. Ever since the paparazzi photos were out, it added fuel to the fire that Tamasha co-stars are indeed reuniting for this project. Interestingly, Nushrat Bharucha has also been roped in for the film. The actress has worked with Luv on several projects including Pyaar Ka Punchanama franchise and Sonu Ke Titu Ki Sweety.

The untitled project will be produced and made by Luv Ranjan under his banner Luv Films. There are speculations that Ajay Devgn might be essaying the role of Ranbir Kapoor’s father.  The project will go on floor by the end of 2019 and will release on Christmas 2020.

Interestingly, another film is set for that weekend and it is Aamir Khan starrer Lal Singh Chaddha. The film is an adaptation of Hollywood film, Forrest Gump.

Meanwhile, Ajay Devgn has a lot of projects in the pipeline including Bhuj: The Pride Of India, Tanhaji: The Unsung Warrior, and Chanakya among others. Ranbir Kapoor is simultaneously filming Brahmastra and Shamshera. Deepika Padukone will be starring in Chhapaak and ’83. And Nushrat has three projects – Hurdang, Dream Girl, Turram Khan.