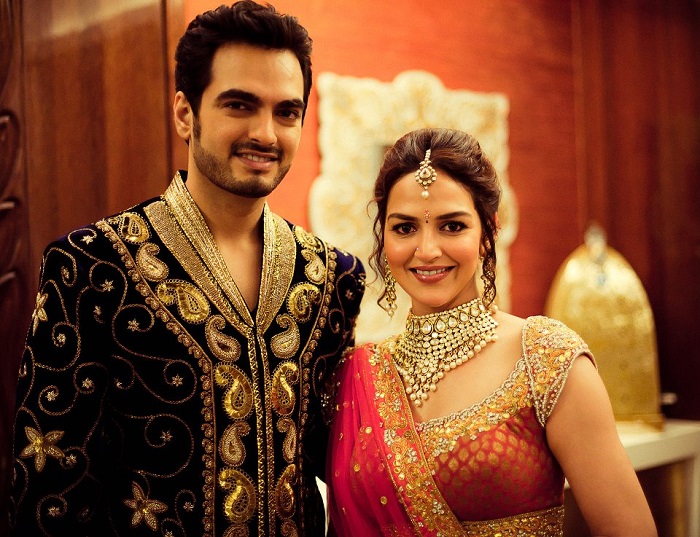 Back in June 2012, Dharmendra and Hema Malini’s daughter Esha Deol tied the knot with her fiancé Bharat Takhtani in a private ceremony at the Iskon Temple in Juhu. What followed was a wedding celebration that was attended by close family and friends. Now a couple of years on, we hear that Esha is all set to tie the knot yet again, but this time the actress will be taking three instead of seven pheras.

In fact come August 24, Esha and Bharat will be taking the three pheras that are customary as per the Sindhi tradition of ‘Godh Bharai’. If that wasn’t all we also hear that like her wedding, Esha’s and her husband’s attire will once again be designed by her long-time friend Neeta Lulla.

As for the ceremony, unlike her wedding that was in Tamil, the ‘Godh Bharai’ will be conducted by a Sindhi priest who will be chanting mantras in Hindi as well. Apart from the customary prayers the priest will also be chanting prayers for the well-being of her child too, following which family members will apply oil on Esha's forehead and shower her with blessings and gifts.

Besides the prayers there will also be a `mehendi' ceremony with the women singing and dancing to folk songs.

Mrunal Thakur and Guru Randhawa team up for…