Jersey which is presented by Allu Arvind, directed by Gowtam Tinnanuri, produced by Aman Gill, Dil Raju, S.Naga Vamsi, and stars Shahid Kapoor, Mrunal Thakur, and Pankaj Kapur with music by Sachet & Parmpara is all set for a release on 31st December 2021. 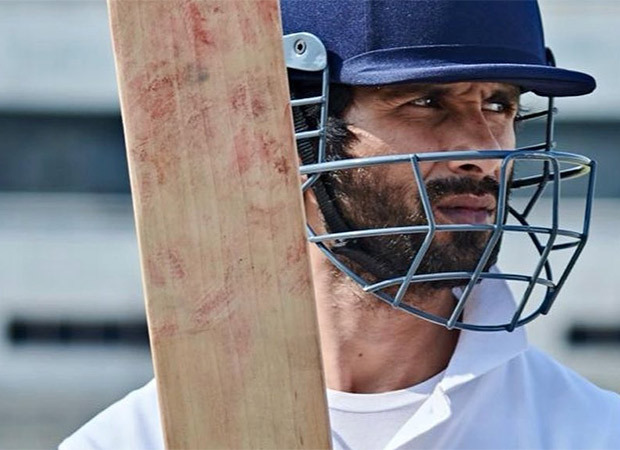 This is Shahid Kapoor’s next mega release after his blockbuster outing Kabir Singh. The filming for Jersey began 2 years ago and due to the pandemic the theatrical release had been held back by the makers till it was safe for the audiences to watch it in theatres first, as it was meant to be.

The film, which is a remake of the commercially successful and National award-winning Telugu film Jersey, has been much awaited by the audiences and trade alike for what magic the director Gowtam Tinnanuri and Shahid Kapoor have to present to the Hindi film audiences. Keeping all this in mind and to ensure the film gets the best release possible, the producers have decided to tie up with Balaji Telefilms and Pen Marudhar for the All India Theatrical release of the film.

Talking about this development, Producer Aman Gill says, "After a long wait we are excited to be releasing our film Jersey in theatres and we feel there is no better partner then Balaji Telefilms & Pen Marudhar to achieve the best release for our film."

Says Ekta Kapoor, Managing Director, Balaji Telefilms, "A film like Jersey deserves a theatre viewing experience and it is exciting that we are able to bring forth this for the audience."

Adds Dr. Jayantilal Gada of Pen Marudhar, "The content of this film is worthy of big showcasing in theaters, and we are glad to have this opportunity to associate and release a great film."

ALSO READ: Trailer of Jersey to be launched on November 23; Shahid Kapoor to fly down from U.A.E especially for the trailer release