Despite the negativity surrounding Bollywood stars, Akshay Kumar has emerged largely unscathed and has also dominated the news off late, for the right reasons too. A few days back, he surprised one and all by announcing that he has finished shooting his espionage thriller, Bellbottom, in record time, that too in the times of the pandemic. Yesterday, he posted a no-nonsense video wherein he requested the media to be sensitive while reporting about Bollywood. 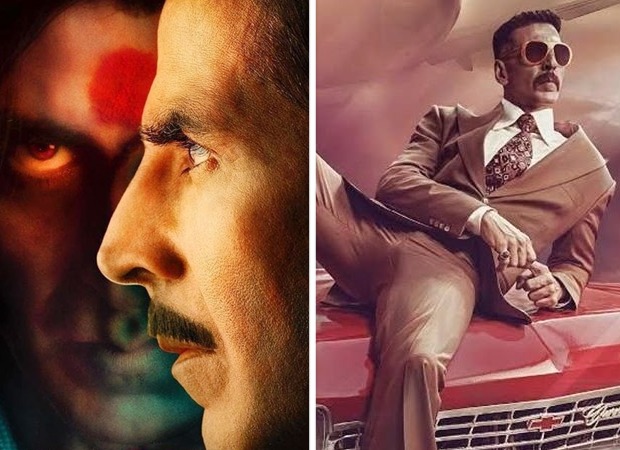 And now, in this week, Akshay Kumar is all set to win hearts yet again. The trailer of his most awaited film, Laxmmi Bomb, will be released on October 9, also the lucky date of the superstar. Bollywood Hungama was the first one to inform viewers about this development a few weeks back. The horror comedy co-stars Kiara Advani and Sharad Kelkar. It is a remake of the popular Tamil film Muni 2: Kanchana and just like the original, it is also directed by Raghava Lawrence. The film is all set to release in the Diwali week, on November 9, on the streaming platform Disney+ Hotstar.

On the other hand, if all goes well, then Akshay Kumar will surprise fans this week by launching the teaser of Bellbottom as well, tomorrow October 5! A source says, “The team of the film are very excited with the way the film has been shot by director Ranjit M Tewari. They want to give a sneak peek of it to the moviegoers and they are planning to do so this week itself. Viewers will surely be amazed by the film’s look and content.”

The source adds, “The release dates of all the films got pushed by 6 months and even a year due to the Coronavirus-induced lockdown. Bellbottom is the only film which hasn’t changed its date and is all set to release in cinemas on April 2, 2021 as originally planned. It is also the first film to release in cinemas that went on floors and got completed in the pandemic. This bit is expected to be highlighted in the teaser.”

Bellbottom also stars Vaani Kapoor, Huma Qureshi and Lara Dutta. On Akshay Kumar’s birthday on September 9, co-producer Jackky Bhagnani revealed that the film revolves around a hijack and that it’s shot at multiple locations across Scotland, including an airport with vintage feel.

Also Read: Akshay Kumar starrer Bell Bottom’s team is all smiles as they return to Mumbai