Bollywood actress Kangana Ranaut took a jibe at actors Diljit Dosanjh and Priyanka Chopra Jonas questioning their intention behind supporting the farmers' protest. Diljit, who recently had a war of words with Kangana on Twitter, took to his social media handle to share a voice note. In the message, he stressed the importance of standing united in the face of heart. 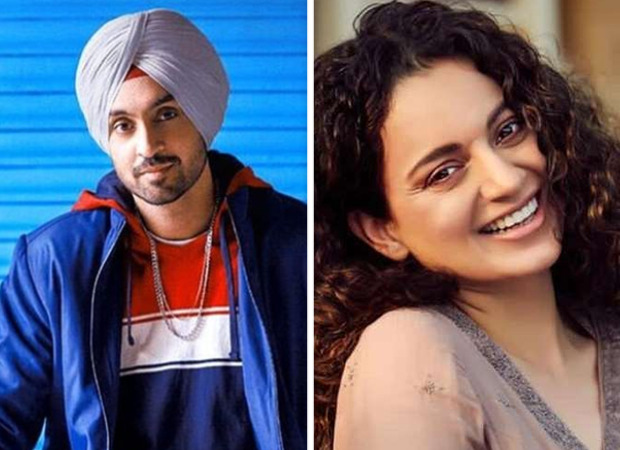 Diljit, in the voice note while speaking in Punjabi, said, "Oh my god. I have to share something with you guys. There are some two-three girls who are unable to digest their food until they chant my name in the morning. It’s just like a doctor prescribing two tablets in the morning and two in the evening. Only then are they able to digest food. One of those girls has a very irritating voice, so irritating. Don’t pay any attention to them. They will bark themselves hoarse. Ok ta ta”.

Later, Kangana also posted a video on Twitter where she claimed, “I have been subjected to emotional and mental lynching online over the past 10 to 12 days. I have even faced rape and death threats. So I am here to ask a few questions to the country." She spoke about the ongoing farmers' protest, the Shaheen Bagh daadi's and also questioned Diljit and Priyanka’s intention.

Here’s the video I promised, watch when you can ???? pic.twitter.com/0YZxfQfwB2

After Kangana's video, Diljit once again tweeted stressing on the importance of staying united. “Don’t spread hate. Karma is a very important thing. Hindu, Muslim, Sikh, Christian, Jain, Buddhist... We are all one, that’s what we’ve been taught since we were kids. Even today, people of all faiths work on the same film set, like family,” Diljit tweeted. He went on to add, “Some people just want to light a fire.”