After the stupendous success of Stree, Maddock Films has announced its first release of 2019, Luka Chuppi. The film brings together the never seen before - Kartik Aaryan and Kriti Sanon and is all set to release on March 1, 2019. Directed by debutant Laxman Utekar, and produced by Dinesh Vijan, the film set in Mathura and will showcase Kartik and Kriti as local TV reporters. 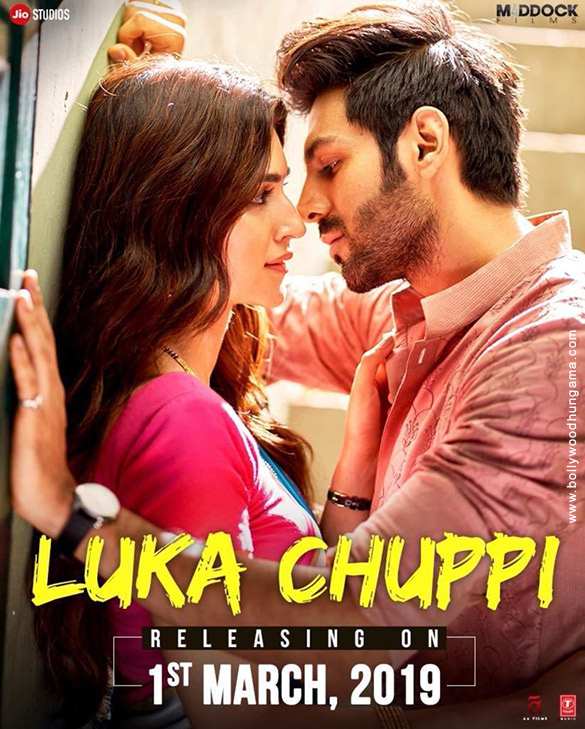 Kriti Sanon and Kartik Aaryan have both proved themselves not only as actors but also commercially viable. Coincidentally, the Rs 100 crore Sonu Ke Titu Ki Sweety was also released the same time this year.

Dinesh Vijan adds, “At Maddock, we’ve always tried to ensure we achieve a balance between content and commercial cinema. Stree has been a big boost and we can’t wait for Luka Chuppi now. Kartik and Kriti have done a phenomenal job and it’s exciting to bring it to the audiences.”

The young heartthrobs raised a lot of curiosity when Kriti posted a picture from the film recently.

Supported by Aparshakti Khurana, Pankaj Tripathi, and Vinay Pathak in pivotal roles, Luka Chuppi is exciting us for 2019 already!