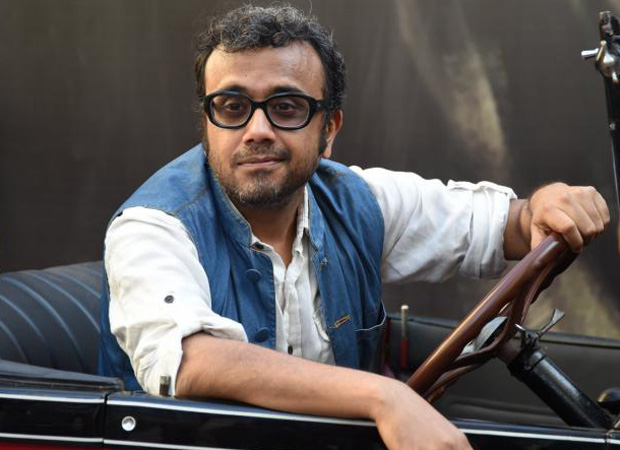 Now, Dibakar is back with a double bang. A  segment in the 4-tiered fascinating study of love, lust and longing in Lust Stories on Netflix, and  the feature film Sandeep Aur Pinky Faraar featuring Parineeti Chopra and Arjun Kapoor which is almost ready but won’t release until March 2019.

Speaking of his absence from the public eye the director of such path-breaking films as Khosla Ka Ghosla, Oye Lucky Lucky Oye, Love Sex Aur Dhokha and Shanghai explains, “It was a voluntary withdrawal. I went through long period of churning and introspection. Also, my second daughter was born. I wanted to be there  constantly with her as she turned 1, 2 and 3. So it’s been a rewarding time for me.”

Doing a segment of Lust Stories did give Dibakar a sense of déjà vu. He had earlier done an omnibus with the same producer (Ashi Dua) and the same co-directors Anurrag Kashyap, Karan Johar and Zoya Akhtar. But the theme and presentation are completely different this time  “This time we were exploring a new theme, a new world of emotions. I also got to work with the wonderful Manisha Koirala for the first time.”

As for Sandeep Aur Pinky Faraar, Dibakar describes it as a heist drama in the Bonnie & Clyde space but with a desi contemporary urban tadka. He can’t wait to put it out. “We would have released the film this year. But, then it got delayed by a month. Because of this we lost our release date. Now, there are too many big films coming up for the rest of the year. So we have to wait for 2019.”

Hopefully, it would be worth the wait. Dibakar isn’t holding his breath, though. “One makes the  film one wants to. What happens to it thereafter  is strictly not in the director’s hand,” Dibakar  philosophizes.