Actress turned philanthropist Dia Mirza has been striving hard and urging people to participate in varied social campaigns and initiatives. Many of these works started by the former beauty queen focuses on protecting the environment and wildlife. Keeping up with the same, the environmentalist Dia is, she has decided to launch the wildlife anthem on August 12 at the Gaj Mahotsav. 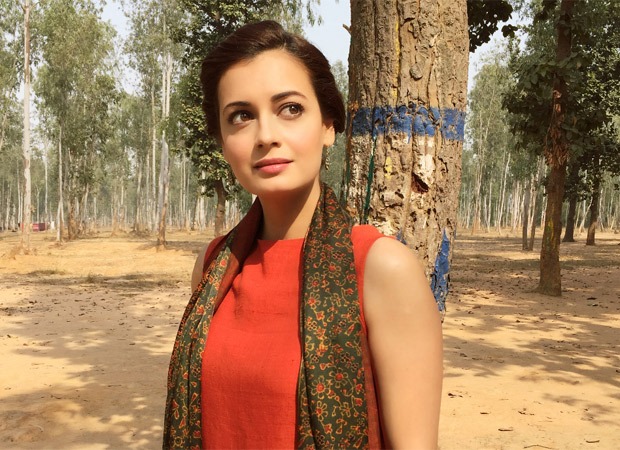 Very few may be aware that the Gaj Mahotsav is one of the biggest events planned every year in Delhi which aims at protecting animals. To be more specific, as the name Gaj suggests, it has been started to help the Asian elephants. The actress, who is extending her complete support towards the benefit of these animals, feels quite honoured to have received this opportunity to launch the new anthem which is called ‘Mere Desh Ki Zameen’.

Not just that, the track is produced by Wildlife Trust Of India along with Born Free Entertainment, the production house which is owned by Dia Mirza and her husband Sahil Sangha. Also, the song is sung by Sunidhi Chauhan, Vishal Dadlani, Benny Dayal, Shreya Goshal and Clinton Cerejo with the latter also composing the music. It is written by CBFC Chief Prasoon Joshi.

Speaking about receiving this opportunity in recent reports, Dia mentioned that this was one of her oldest dreams and expressed her happiness over that getting fulfilled. She also believes that this song will encourage children and parents to participate equally in this movement and help the ecosystem.

The Gaj Mahotsav will kick start on August 12, when the first of a kind wildlife anthem will be launched and it will continue until August 15 in the capital.

On the Bollywood front, Dia Mirza was last seen in Rajkumar Hirani’s blockbuster Sanju which was based on the life of Sanjay Dutt. Dia essayed the role of Maanayata Dutt, the third wife of the actor.

Also Read: Dia Mirza now has a baby rhino named after her!