Dia Mirza, who has been in news for the varied social causes that she supports and campaigns, is yet again creating a buzz and this one is related to an environmental issue too. Dia, who is also the UN Goodwill Ambassador For Environment, recently had a baby rhino (born at the Ol Pejeta Conservancy) named after her. 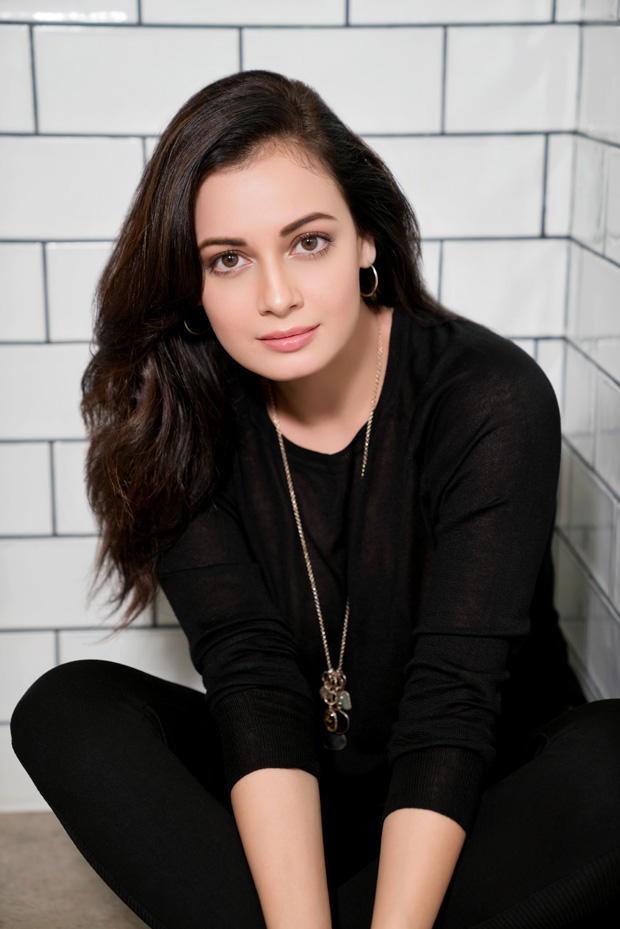 Dia Mirza now has a baby rhino named after her!

Taking to her Facebook page, an elated Dia shared, “I want to thank Hamid Hussain and Muhammad Yaqoob and the entire team at #OlPejetaConservancy including Richard, Sarah and Elodie for naming this amazing #Rhino baby after me! Please support Hamid and Richard in their mission in helping save and conserve wildlife. Do visit Ol Pejeta Conservancy and stay at the amazing Serena Sweetwater’s property there. Every visitor there contributes to helping save wildlife. And you can meet the newly named baby rhino, Dia Mirza there! Click a picture of her and tag me and you can win a chance for another holiday with @airarabiagroup!!!Let’s do our bit and help save our amazing wildlife!”

Thank you @OlPejeta for naming this beautiful baby after me!!! It means the world to me. Thank you Richard, Hamid, Sarah, Elodie, Yaqoob and team for this privilege ???????????? Visit #OlPejetaConservancy, take a pic with Dia and tag me! Win for the wild with @airarabiagroup :) pic.twitter.com/N1JlaHv1FD

Readers may remember that in 2010, Dia had adopted and named two leopard cubs Ashoka and Nakshatra from the Lucknow Zoo after being requested by the zoo authorities to do so as the mother of the cubs was also named Dia. 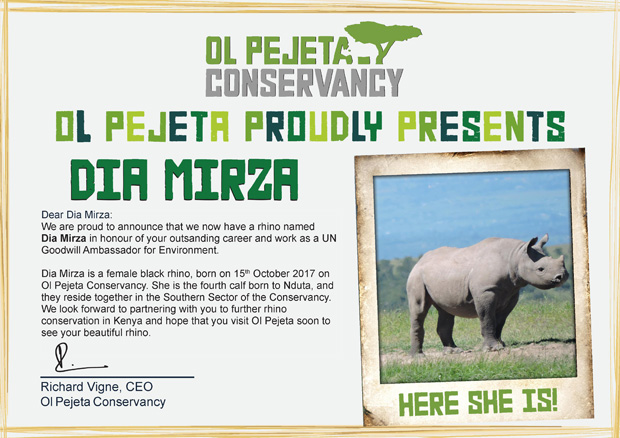 Dia is known for lending her support to many environmental and social causes and has been recognized by the United Nations for her contribution to environment conservation along with global celebrities like Cate Blanchett, Anne Hathaway, Angelina Jolie, Katy Perry and Emma Watson.

On the Bollywood front, Dia was last seen in the Ranbir Kapoor starrer blockbuster Sanju, which is inspired by the real life of Bollywood star Sanjay Dutt. The actress essayed the role of Maanayata Dutt, who is currently the third wife of the actor.