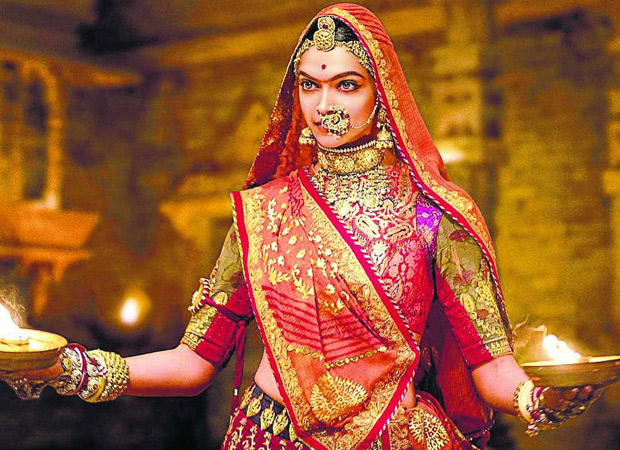 While it was the much talked about dance-off of the year with Deepika Padukone and Priyanka Chopra performing lavani on the song ‘Pinga’ in Bajirao Mastani, one can expect yet another grand dance sequence in Sanjay Leela Bhansali’s yet another ambitious epic tale of Padmavati. The track in question will have ghoomar [traditional Rajasthani folk dance form] which will be performed by Deepika Padukone along with other dancers.

In the forthcoming film Padmavati, Deepika Padukone plays the role of Rajputana queen and from her jewellery to her costumes to her dance; Sanjay Leela Bhansali has strived to retain the Rajput essence in the film. The said dance that has been shot is supposed to be mesmerizing and the actress is said to have undergone extensive training for the same. In fact, Deepika Padukone professionally learnt ghoomar from expert Jyoti D Tommar who currently runs the only authentic ghoomar school founded by Late Padmashree HH Rajmata Geverdan Kumarji of Santrampur [former princess of Kishangarh, Rajasthan].

From what we hear, Deepika Padukone managed to master the dance form in a matter of few days whereas it takes years of practice. Also, the actress went on to do 66 twirls [twirls are an integral part of ghoomar dance steps] in her grand costume of queen as well as sporting heavy jewellery.

Talking about the experience, Deepika Padukone revealed that the shoot of the film started with this song and that she will never forget that day. Reminiscing about it, she mentioned about how a chill ran down her spine when she was about to start the shoot. Describing it, she added that she felt as if Padmavati’s soul had entered the body as she performed and also mentioned that the way she felt that day will continue to linger for years to come.

Besides her, Padmavati also stars Shahid Kapoor in the role of the Rajput king, Raja Rawal Ratan Singh and Ranveer Singh as the antagonist Alauddin Khilji. The film is slated to release on December 1.