An FIR was registered against Bollywood actor Raveena Tandon, filmmaker Farah Khan, and comedian Bharti Singh for allegedly hurting religious sentiments of a community during a TV show. Now, the Punjab and Haryana High Court on Thursday directed the state of Punjab to not take coercive steps against the three on their pleas seeking quashing of FIRs. Justice Sudip Ahluwalia issued a notice to the Punjab government in this matter and fixed March 25 as the next date of hearing. 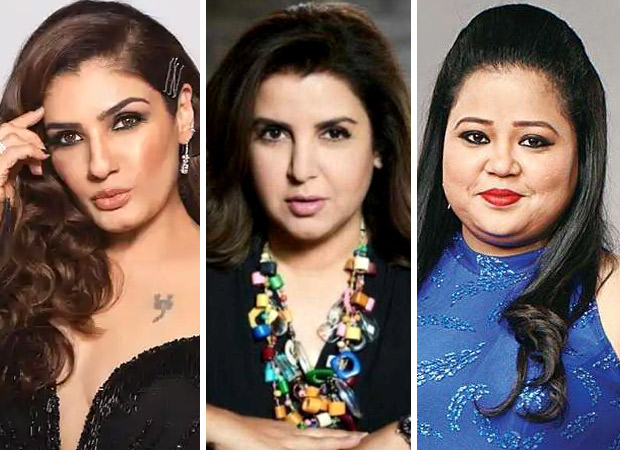 The complaints against the three were filed by Charan Masih, a resident of Rupnagar, and Vijay Goriyan, a resident of Ferozepur. The counsels who fought the case for the celebrities sought the quashing of FIRs, saying these were “illegal and bad in law”. They said no offence was made out against them under IPC Section 295-A and said that the allegations against petitioners were “unjustified, false and incorrect”.

Farah Khan, Raveena Tandon and Bharti Singh had even issued a public apology on their respective social media in December after peaceful protests took place in several places in Punjab.