Where films are concerned, Katrina Kaif’s having one of the best years of her career. Apart from having Salman Khan’s Bharat, which releases on Eid this year, the actress has just signed Rohit Shetty’s Sooryavanshi. But in brands, the actress seems to be losing out – especially to husband-wife star couple Ranveer Singh and Deepika Padukone and probably this is one of those first of its kinds on the brand front where a husband-wife couple is replacing a current brand ambassador. 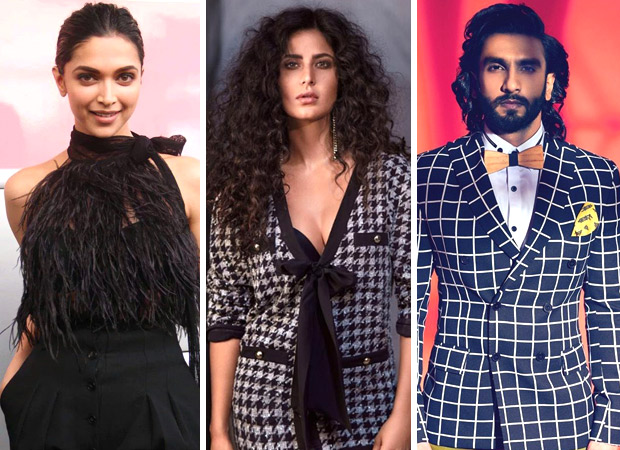 Says a trade source, “Apparently, Katrina lost the brand ambassadorship of a smartphone maker to Ranveer Singh which she was endorsing till recently. The brand had entered the selfie smartphone segment with the launch of its particular series and signed up Katrina Kaif as the product ambassador but this year in February the brand announced Ranveer as their ambassador to endorse their line of smartphones because of his wide reach among all ages and regions. A couple of years ago, Ranveer’s wife Deepika Padukone had replaced the actress in a French cosmetics brand and now the actor has done the same. While brands are known to replace one star with another, it’s interesting that the smartphone brand has replaced an actress with an actor for the first time.”

The source adds, “But Katrina still is among the top Bollywood stars when it comes to being selected as a brand ambassador. She is not only at par with some of her top male super stars but carved herself a niche among brands as one of the most professional and committed stars. Today she has some prime brands to endorse which include an international brand of accessories and handbags, online eyewear retailer, fruit juice, jewellery brand, deodorants and chocolates among many more. On her movies front, Katrina never had it better. Apart from having Salman Khan’s Bharat, the actress has just signed Rohit Shetty’s Sooryavanshi opposite Akshay Kumar – a role coveted by many top actresses. She was also approached by Shabina Khan and Tusshar Kapoor for their production, comedy thriller, Lakshmi opposite Akshay Kumar but due to date clashes she had to opt out. While Lakshmi shoot begins today on April 22 and will go on for a few days, the shooting of Sooryavanshi will begin from early May.”

Deepika and Katrina have been known to share a rocky path when it comes to movies. There was talk earlier that Deepika was the first actress that Aanand L Rai had approached for Zero with the role (that Katrina went on to play later). At that time, Deepika had opted out to due to date issues but later when she wanted to return to the project she had been replaced by Katrina. Interestingly, a few years ago Deepika had replaced Katrina in Ayan Mukerji’s Yeh Jawaani Hai Deewani and Abbas-Mastan’s Race 2.

On the personal front, while Deepika and Katrina share a past (and cold vibes), having both being romantically linked to Ranbir Kapoor, last year they patched up when Ranveer asked Deepika to invite Katrina to their wedding reception and she came. While Deepika and Katrina have been known to be arch rivals on the work front and both share a more cordial and mutually respectful relationship today, yet it is Ranveer who has a warmer friendship with Katrina and always makes it a point to greet and hug her when they bump into each other at events. Many feel that it’s Ranveer who has been the initiator of a closer friendship of respect and liking between the two actresses. But one wonders whether the brand deals will impact the fragile friendship formed between the star couple and Katrina Kaif or it will grow stronger.