Last Updated 05.02.2023 | 9:26 AM IST
feedback language
follow us on
Bollywood Hungama » News » Bollywood News » Cirkus trailer launch: Rohit Shetty confesses he is SUPREMELY confident about the film’s box office fate: “I don’t have anxiety (about box office) because I have seen the film”

The much-awaited trailer of Cirkus was released today at a fun-filled event in Mumbai. Along with director Rohit Shetty and lead actors Ranveer Singh, Varun Sharma, Pooja Hegde, and Jacqueline Fernandez, the supporting cast was also in attendance and their presence added to the fun. 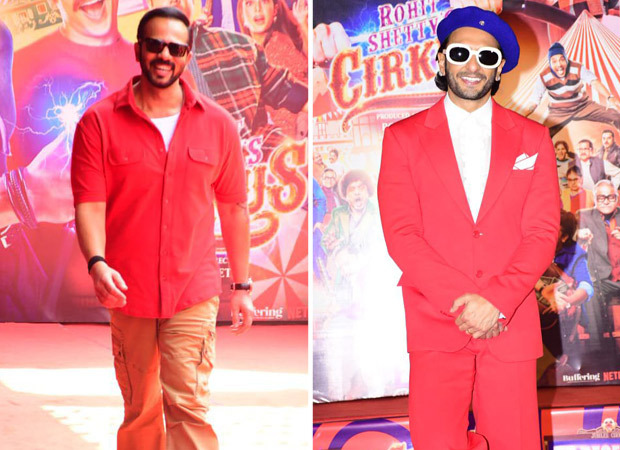 Cirkus trailer launch: Rohit Shetty confesses he is SUPREMELY confident about the film’s box office fate: “I don’t have anxiety (about box office) because I have seen the film”

The industry has pinned a lot of hope on Cirkus as it's the last big film of 2022 and is expected to rock the box office. The year has been particularly bad, business-wise, and hence, the hopes for the film are sky-high.

The same journalist then asked Rohit Shetty whether he has any anxiety about Cirkus's box office performance. To which he said, "No I don't because I have seen the film!" As expected, the audience broke into applause over this answer.

Another journalist asked Rohit Shetty if he feels the pressure of delivering a blockbuster, considering that he has delivered several hits in the past. Rohit Shetty replied, "I don't take it as a pressure. It’s a responsibility. When we write the film and shoot it, we always keep the audience in mind and we know that they'll come with an expectation in mind. So, we all work towards that."

Also Read: Cirkus trailer launch: Rohit Shetty reveals he is NOT making a Pan India film; says, “There is no such plan”