The long-in-the-making Ayan Mukerji directorial Brahmastra starring Ranbir Kapoor and Alia Bhatt in lead roles is finally hitting screens later this week. Produced by Dharma Productions, the film which also features Amitabh Bachchan, Nagarjuna, Mouni Roy, and guest appearances from Shah Rukh Khan and Deepika Padukone, is certainly making headlines in the run-up to its release. With immense hype and anticipation surrounding Brahmastra, the film is expected to take off to a good start. 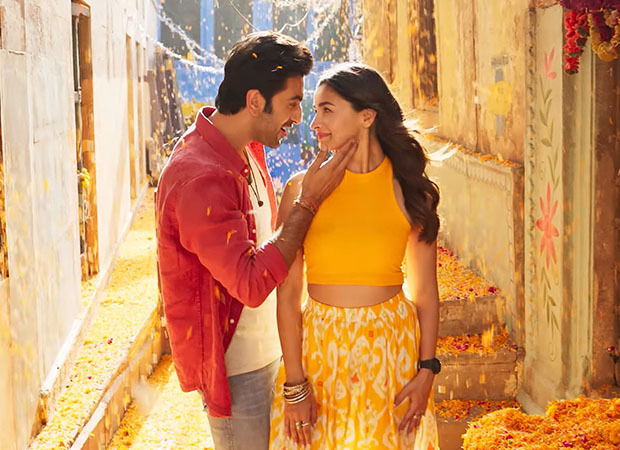 In fact, advance booking reports suggest that the film could see its opening day collections in the strong double-digit range. But before Brahmastra hits screens, Bollywood Hungama has learnt that the film has been cleared by the CBFC (Central Board of Film Certification) with a UA certificate. If that wasn’t enough, we also hear that the film will be rather a long watch. At 166.54 minutes [2 hours, 46 minutes, and 54 seconds] Brahmastra is pretty close to the three-hour mark. Interestingly, despite, the rather long run time, audience anticipation for the film is pretty high.

As per trade reports, the VFX-heavy film has managed to enthrall the audience with its visuals and intriguing storyline. Going by early estimates Brahmastra could well see its opening day business hovering between the Rs. 20-25 crore mark.