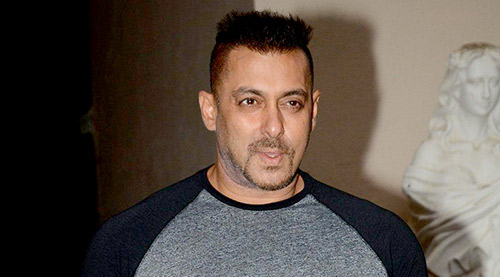 It certainly seems like Salman Khan is in for a whole lot of trouble. The actor, who has once again found himself in a controversy, has been criticized unendingly for his comments on feeling like a 'raped woman' post completing the gruelling shoot for his soon to release film Sultan. In fact after all the backlash the actor received on social networking sites and the call for a public apology by the National Counsel for Women, we now hear that a case has been filed against Salman Khan in Kanpur and Lucknow courts on Thursday.

The case that was registered by social activist Rafat Jamaal, before the Chief Judicial Magistrate (CJM) in Lucknow has sought legal action against the actor for his statement which showed "disrespect to rape victims" and also "revived the ugly memories of such heinous crimes". Post this, the CJM has directed the petitioner Rafat Jamaal to prove why and how the matter is tenable to the court in Lucknow by the end of the day.

If that wasn't enough we hear that in another development, lawyer Manoj Kumar Dixit has filed a petition i the Additional Chief Metropolitan Magistrate (ACMM) IIIrd's court in Kanpur seeking action against the actor. According to Dixit's appeal, 'Freedom of expression in the country does not allow sentiments to be hurt in this manner'. In response to this, petition the court has ordered the testimony of the petitioner be recorded on July 14.