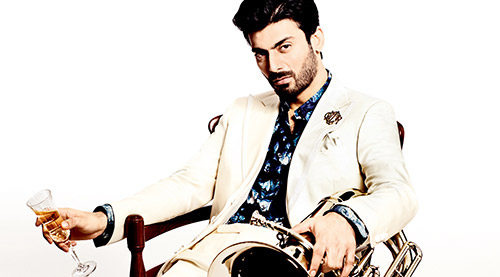 Even though Fawad Khan maybe just 2 films old in Bollywood, he has not just impressed everyone, but also made everyone stand up and take notice. One such person who has been extremely impressed by Fawad Khan's work is Salman Khan.

The last few days were buzzing with the rumors that Fawad Khan had been signed up for Salman Khan Productions' Jugalbandi. However, it turned out to be a rumour with no truth in it. The latest buzz that is doing the rounds is that Fawad Khan has now been signed up for a Salman Khan Productions' film, that will be directed by the talented Nitin Kakkar, who displayed his directorial abilities with his debut film Filmistaan.

While repeated attempts to establish contacts with Salman Khan Productions' CEO Amar Butala yielded no response, do watch this space for more developments.