South Korean group BTS, widely popular band, is set to be a part of a reality show called 'IN THE SOOP' that is set to premiere on August 20, 2020. The outdoor show will focus on the daily life and relaxation of the septet as they spend a week in the forest surrounded by the river and share quality time with each other away from the limelight. 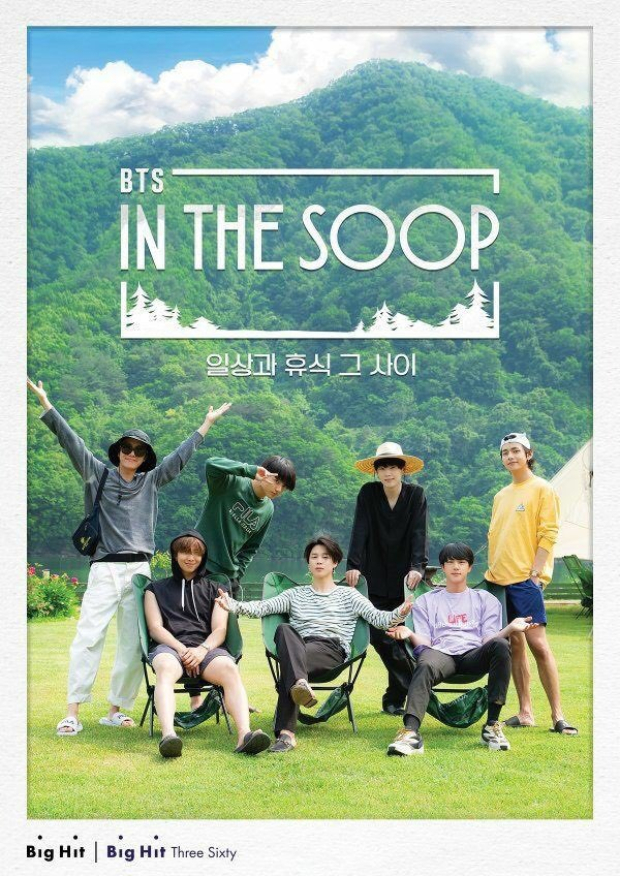 The announcement was made via their official digital platform Weverse on July 28. It will include 8 episodes approximately around 80 minutes but each episode can differ in duration. This will be followed by 8 Behind-The-Scenes episode that will be around 10 minutes each. Starting from August 20, the episodes will air every Thursday until October 6, 2020. The show will also air on the channel JTBC from August 19, 2020 - October 7, 2020. The production is done by BTS' parent company, Big Hit Entertainment.

The first teaser was unveiled in the afternoon of July 28 where they gave a glimpse of the scenic beauty of Soyang Lake in Chuncheon, Gangwon Province in South Korea. Speaking of themselves and what they want to showcase to the fans, Suga is heard saying, "They (BTS) aren't much different from other people. I think the idea in itself is what will have been captured."

V says, "I think we're able to show our natural selves." Jin further speaks about the beauty of the place stating, "An ambiance that naturally finds its place." An eager Jungkook is excited to spend time with his members and says, "Being able to spend time with these precious people." To which, J-Hope adds, "Reviving the emotions that had been forgotten amongst us," while talking about his healing mini-trip.

"Rather, I feel grateful for this week," Jimin expresses his feelings as RM agrees with the same sentiment and signs off by saying, "[This trip] It feels like a gift from the forest."

This news comes in two days after BTS announced that they will drop a new single on August 21, 2020. The official statement read: "Hello. This is Big Hit Entertainment. On August 21, 2020, the new digital single by BTS will be released on Korean and international music streaming sites. We would like to thank all ARMY for your continued affection for BTS, and we ask for your love and support for the new digital single soon to be unveiled. Please stay tuned for additional details to be announced through Weverse. Release date: August 21 (Friday), 2020 (KST) Thank you."

The seven members - RM, Jin, Suga, J-Hope, Jimin, V, and Jungkook - have been promoting their Japanese album 'Map Of The Soul: 7 - The Journey' which released on July 15. Earlier this year in February, they dropped thir full-length studio album 'Map Of The Soul: 7' which is still one of the biggest albums of the year.  This was followed by the group's member Suga dropped his second mixtape 'D-2' with 'Daechwita' as the title track in May.

The group's members also released their solo work including RM's collab ('Winter Flower') with Korean artist Younha on her album, Suga's collabs with Halsey ('Suga's Interlude') and IU ('Eight'), and V's OST 'Sweet Night' for Korean drama Itaewon Class in March. Jungkook released his solo track 'Still With You' in June during BTS FESTA 2020. Suga is set to drop another collab with singer MAX on his album 'Colour Vision'.

ALSO READ: BTS to release new digital single on August 21 ahead of their upcoming album