The television industry has resumed its shoots from last month after the nationwide lockdown. However most of Bollywood is yet to resume shoots and get back on the sets. Sanjay Gupta's Mumbai Saga will be one of the first few films that are likely to resume the shoots to complete their pending work. Before the cast and crew restart work, something interesting has happened with the two leads actors. 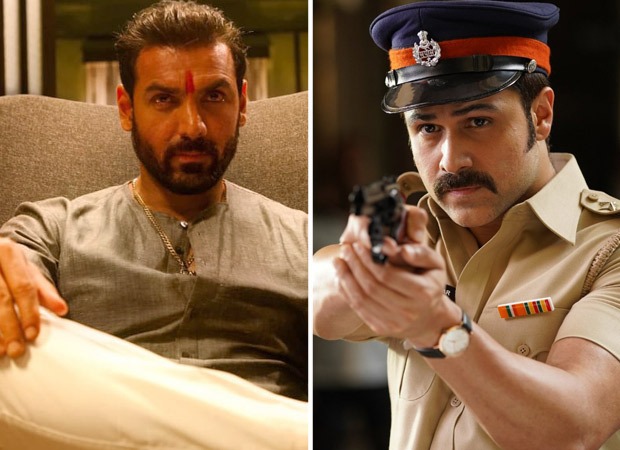 Last week, the film's leading actors, John Abraham and Emraan Hashmi watched a rough cut of the film, both John and Emraan's reaction left the makers quite surprised. According to an insider, both the lead actors loved each other's performances, "Makers wanted to have their lead stars take a look at the edited content, and give their inputs, if any. It goes without saying that the actors loved the rough cut. However, makers were quite surprised with their specific reaction as well as feedback."

The insider also revealed that not only did they appreciate each other's performances but have also requested the makers that since the other one’s performance is so good, they should try to retain the rough cut content as it is, without any change, "Makers are thrilled with the constructive feedback from their leading men, and would keep it in mind during the final edit,” says the insider.

Sanjay Gupta’s Mumbai Saga, is a period Gangster flick, set in the 80s the film show the transition from Bombay to Mumbai. It is a Gulshan Kumar presentation, and is backed by T-Series and White Feather Films production. The film is produced by Bhushan Kumar, Krishan Kumar, Sangiita Ahir and Anuradha Gupta.

ALSO READ: Rohit Roy reveals about working about with John Abraham in Mumbai Saga and his brush with underworld