Grammy-nominated BTS, who will perform at the awards ceremony on Sunday, is making history with several accolades. They've earned 2020’s IFPI (International Federation of the Phonographic Industry) Global Album Sales Chart. The chart combines global sales of physical and digital album downloads to rank the top albums of the year. 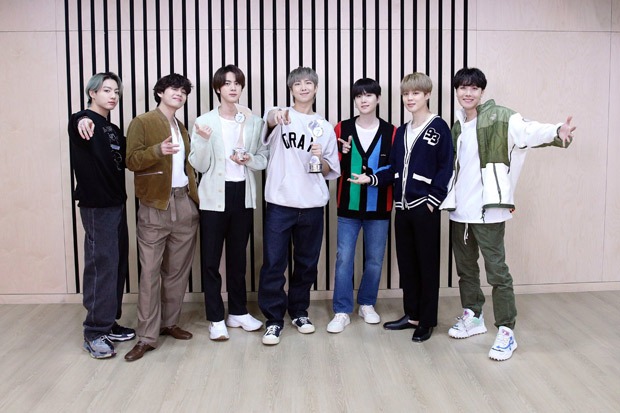 Frances Moore, Chief Executive of IFPI, said, “BTS’ success across IFPI’s global charts – including the top two positions in this chart – is unprecedented and demonstrates the amazing global appeal of their music. We would like to congratulate the band once again on such a successful year.”

Congratulations again to @BTS_twt, the winners of this year's #IFPIGlobalAlbumSalesChart! ????

Following that was BTS' November 2020 release 'BE (Deluxe Edition)' that ranked No. 2. Adding to that, their Japanese album 'Map Of The Soul: 7 - The Journey' also made it to top 10. It ranked No. 8 and was also one of the best selling albums in 2020 in pure sales.

Winner of the #IFPIGlobalAlbumSalesChart & their 6th IFPI global chart appearance for 2020, MAP OF THE SOUL : 7 from @BTS_twt is one of the most pre-ordered albums of all time, & swiftly charted at #1 in 20+ countries. Congratulations BTS ???? pic.twitter.com/XKgEqWqKE1

BTS also became first act to top Global Album All Format chart with the record breaking 2020 album 'Map Of The Soul: 7'. Frances Moore, Chief Executive at IFPI, said in a statement on IFPI site, “We have introduced the Global Album All Format Chart to reflect the evolving landscape of the album format and to recognise how artists share their album projects in a variety of ways with their fans across multiple formats.

“It’s an honour to be able to hand BTS their second IFPI Global Chart Award, following their success as Global Recording Artists of the Year. 'Map Of The Soul: 7' broke chart records internationally and in Korea, and is yet another incredible body of work from a band that continues to delight music lovers globally."

To say 2020 was a big year for BTS when it comes to achievements would be an understatement. Though it is known that there's hardly physical albums consumptions in music market but when it comes to BTS, their album sales have always been meteoric.

Just a few days ago, BTS was named IFPI's Recording Artist Of the Year. This marked their first-ever top score IPFI win after securing second place in 2018’s IFPI Global Artist Chart and seventh place in 2019.