On Thursday June 3, Congress leader and relief and rehabilitation minister Vijay Wadettiwar had announced that the government of Maharashtra has decided upon an unlock plan. According to him, districts have been divided on the basis of the weekly positivity rate and percentage of occupancy of oxygen beds. Lesser the positivity rate and occupancy of oxygen beds, more would be the relaxation in that particular district. The announcement led to a wave of cheer among the affected sections. Sadly, the government in no time made it clear that these proposals are under consideration and haven't been passed yet by chief minister Uddhav Thackeray. 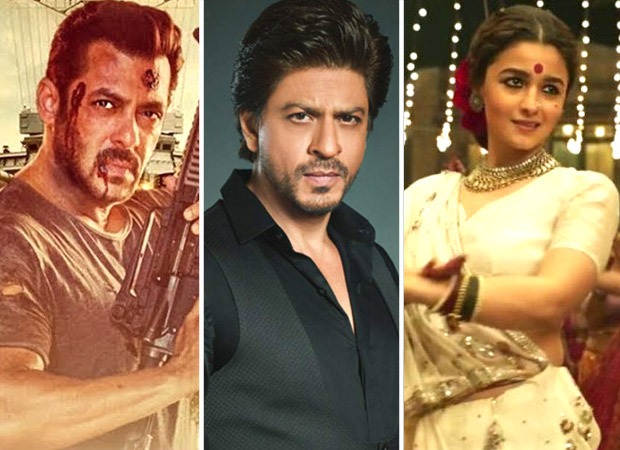 But at 1:55 am on Saturday June 5, the government officially announced that the said unlock plan is indeed on. The CMO Maharashtra tweeted the notice and also neatly explained the criteria for different levels of district. As per the announcement, Level 3 consists of cities and districts which have a weekly positivity rate of 5-10% or oxygen bed occupancy of more than 40%. Mumbai falls under this category since its weekly positivity rate is 5.56% while the bed occupancy is 32.51%. As per the rules, cinema halls won’t be allowed to resume operations for places under Level 3. However, shootings can be resumed. But, one will have to strictly follow certain rules - the shoots will happen in a bubble and moreover, no movement will be allowed outside after 5 pm.

An industry insider says, “This is great news for the industry. A lot of shootings have been pending for a long time. Finally, the producers of these movies can heave a sigh of relief. Even the television industry will be happy. For a long time, a lot of serials have been shot in resorts in Gujarat and Daman. It was amusing to see that suddenly, so many daily soaps showed all major characters moving to a resort. But what choice did they have? Now they can finally head back to the city.”

However, he adds, “The rules are strict considering Mumbai comes under Level 3. But we have seen that the positivity rate has been falling in the city. I am sure that occupancy of oxygen beds too would reduce. If all goes well, in the next round, Mumbai might move from Level 3 to Level 2.”

As per the government notification, every Thursday, the public health department of Maharashtra will declare the list of oxygen beds occupancy and weekly positivity rate in each district. Depending on these figures, a decision will be taken whether a district needs to be moved to a different level.

Recently, it had come to light that producer Aditya Chopra had decided to dismantle the sets of Tiger 3, starring Salman Khan, as it was becoming financially unfeasible. Besides Tiger 3, the other films waiting to be shot are Shah Rukh Khan starrer Pathan, Taapsee Pannu starrer Shabaash Mithu, Ajay Devgn’s directorial MayDay, Sanjay Leela Bhansali’s period drama Gangubai Kathiawadi, Ranbir Kapoor-Alia Bhatt starrer Brahmastra, Prabhas-Kriti Sanon starrer Adipurush etc. A trade expert however says, “The rules are such that not all film’s shoots will be able to commence. Also, a lot of producers have insisted that they would like to get their units vaccinated before going on floors. A clearer picture will emerge in a few days.”

????Level of restrictions for breaking the chain ???? pic.twitter.com/Vi8WvkDuqi

Also Read: Salman Khan and Katrina Kaif starrer Tiger 3 set dismantled after no clarity on resumption of shoots in Maharashtra