Salman Khan who is gearing up for the release of Dabangg 3, has started shooting for his Eid release- Radhe: Your Most Wanted Bhai. The actor took to Twitter to share a picture of the team announcing that the film has gone on floors. 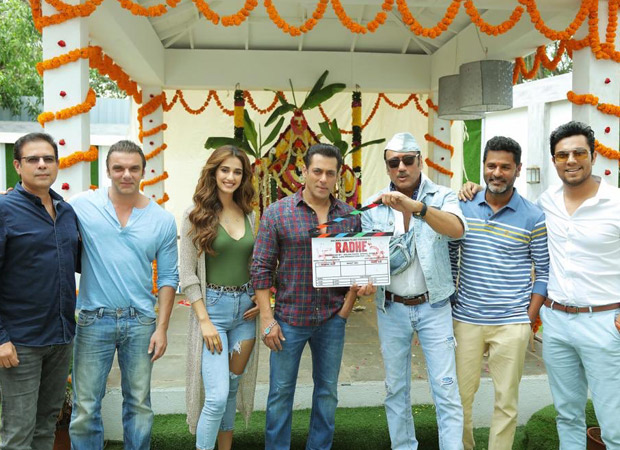 In the picture, Salman Khan is seen alongside Sohail Khan, Disha Patani, Jackie Shroff, Prabhu Deva, and Randeep Hooda. He captioned the picture, "And the journey begins."

Salman Khan had announced the film a few weeks ago after Sanjay Leela Bhansali's film Inshallah got shelved. Reportedly after shooting the current schedule of Radhe: Your Most Wanted Bhai, Salman Khan will resume the promotions of Dabangg 3.

This will be the third collaboration between Salman Khan and Prabhu Deva after Wanted and Dabangg 3. Radhe is produced by Sohail Khan & Reel Life Production Pvt. Limited under the banner of Salman Khan Films. The film is reportedly the remake of the Korean movie, The Outlaws which released in 2017. It was directed by Kang Yoon-sung and starred Ma Dong-Seok and Yoon Kye-Sang.