The Marathi cinema took a giant leap with the blockbuster success of Sairat (2016). The Nagraj Manjule-directorial earned around Rs. 90 crore at the box office and became a nationwide rage, despite being a regional movie. Post-Sairat, none of the films did such business. Nevertheless, several films turned out to be huge grossers. Post-pandemic, films like Jhimma and Pandu worked big time. In February 2022, the period action film Pawankhind emerged as a blockbuster while Sher Shivraj, which was released two weeks back, also managed to put up encouraging numbers. 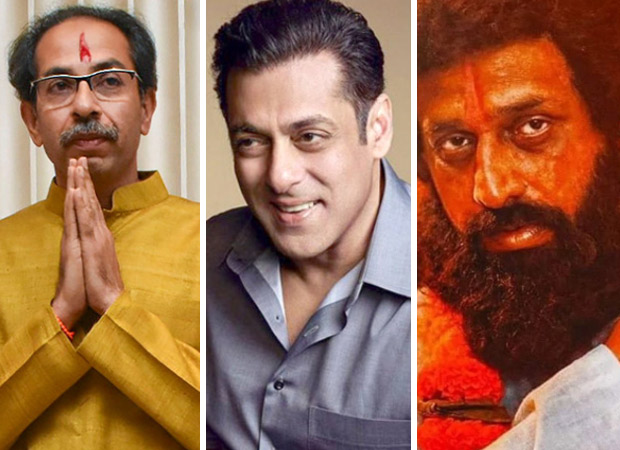 And now, all eyes are on Dharmaveer, which releases next week. It has now come to light that the trailer of the film will be launched at a grand event in Mumbai’s Taj Land’s End hotel on Saturday, May 7. Interestingly, the chief guests at this event are Maharashtra Chief Minister Uddhav Thackeray and superstar Salman Khan.

A source told Bollywood Hungama, “Dharmaveer is the biopic of the late Shiv Sena leader Anand Dighe. Mr Uddhav Thackeray’s father established Shiv Sena. Hence, he decided to happily attend the trailer launch as it gives a tribute to one of the most revered leaders in the history of Shiv Sena.”

The source continued, “Dharmaveer is written and directed by ​Pravin Tarde. He shares a close bond with Salman Khan. Pravin Tarde was a part of Salman’s 2021 Eid fare, Radhe – Your Most Wanted Bhai. Also, he directed and acted in Mulshi Pattern (2018), which was remade by Salman Khan in Hindi as Antim – The Final Truth. Hence, Salman Khan agreed to attend the event when he was sent the invitation since he is aware that Pravin Tarde has put his heart and soul into making Dharmaveer. Moreover, that it’s based on a significant leader was also a big reason for Salman to give his nod to attend the trailer launch.”

Noted actor and director Prasad Oak essays the role of Anand Dighe in Dharmaveer. Born in 1951, Anand Dighe was considered to be second only to Shiv Sena's iconic founder Bal Thackeray in terms of popularity. He died in the year 2000 due to a heart attack. His fans were so shocked by his demise that they burned down the hospital where he was admitted. The teaser of the film was released on April 13 and it shows a glimpse of a hospital being set on fire.

Produced by Mangesh Desai, Sahil Motion Arts and Zee Studios, Dharmaveer releases in cinemas on May 13.