Salman Khan is loved not just for his on-screen avatar and super hit films but also for his social work. His organization ‘Being Human’ has been praised all over for improving the conditions of many. And now, another significant contribution of the superstar has come to light. 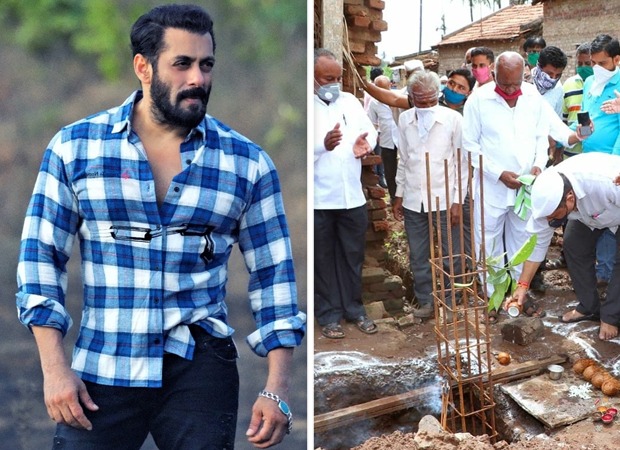 In February this year, Salman Khan had announced on his Instagram page that he has collaborated with Gurugram-based Elan group, run by Akash Kapoor and Ravish Kapoor, for adopting the Khidrapur village in Maharashtra. It is situated in the Kolhapur district and is famous for the Kopeshwar Temple, dedicated to Lord Shiva. This village was ravaged by the floods last year and Salman announced that they’ll be rebuilding the home of those affected by it.

A few days ago, Rajendra Patil Yadravkar, cabinet minister in the Maharashtra government, tweeted that the work on 70 affected houses has finally begun. The tweet also mentioned Salman Khan. He also posted a series of pictures which showed the minister doing a ‘bhoomipujan’ ceremony. The district collector Daulat Desai can also be seen in one of the pictures. According to a report, the state government has given Rs. 95,000 for the construction of each of the houses. The rest of the expenses will be borne by Salman Khan and Elan Foundation. Akash Kapoor that all those whose houses were destroyed would get a residence measuring 250 square feet each.

The sarpanch of the village, Haider Khan Mokashi stated that the villagers are extremely happy with this development. They said that they are proud of Salman Khan for helping this tiny hamlet situated in a corner of the state.

Salman Khan will next be seen in the action-packed film, Radhe – Your Most Wanted Bhai. It was to be released on Eid 2020 but due to the Coronavirus-induced lockdown, it has been postponed indefinitely. Before that, he’ll be seen on the TV as the host of 'Bigg Boss Season 14' in October.