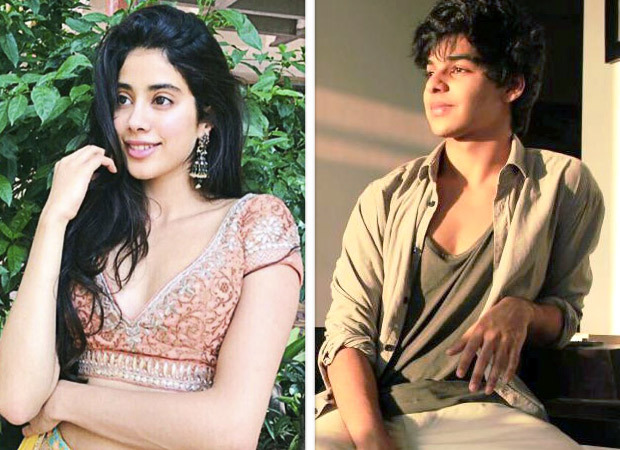 One of the star kids who have become a huge social media sensation is undoubtedly Jahnavi Kapoor. Since a few months, her pictures have been out and she has been spotted in glamorous looks at parties and events. Just like her mother Sridevi, her fashion sense was spot on and that really helped her in getting thumbs up from all quarters. Her lakhs of fans were really happy when it was revealed that she is all set to sign a film. While few reports claimed that she would debut in Student Of The Year, others claimed that she’ll be seen in the remake of the Marathi blockbuster Sairat. Both films were to be produced by Karan Johar.

And now it has been confirmed that Jahnavi Kapoor would indeed be launched in Sairat’s Hindi remake. She’ll be seen opposite Shahid Kapoor’s brother, the dashing Ishaan Khattar. This would be Ishaan’s second film. His first film is acclaimed Iranian director Majid Majidi’s Beyond The Clouds that’s expected to release in India in a few months. Sairat remake would be directed by Shashank Khaitan, who directed the successful Badrinath Ki Dulhania and Humpty Sharma Ki Dulhania. The film is all set to go on floors next month, on December 1 and it will release in the first half of 2018.

Sairat released on April 29, 2016 and was a story of a fisherman’s son and politician’s daughter and how madness erupts when they fall in love. It was directed by Nagraj Manjule and reportedly became the first Marathi film to earn Rs. 100 crore at the box office.