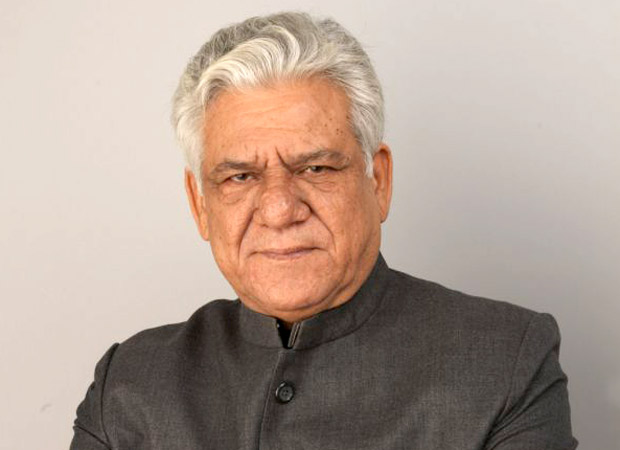 Veteran actor Om Puri, who did some of the iconic roles and was always outspoken, has passed away. We have learned that the actor suffered a severe cardiac arrest at his residence on Friday morning.

Om Puri is survived by his estranged wife Nandita Puri and son Ishaan Puri. Filmmaker Ashoke Pandit who was a close friend of Om Puri confirmed the news and shared it on his Twitter account as well. “Sad & shocked to know that versatile actor Om Puri jee has expired due to heart attack early morning today. #RIP," he wrote.

Om Puri was one of those actors who featured in mainstream Hindi movies as well as British, Pakistani and Hollywood films. He had received an OBE as well as Padma Shri, the fourth highest civilian award of India. Some of the acclaimed movies include Bhavni Bhavai, Sadgati, Ardh Satya, Mirch Masala and Dharavi.

Om Puri's industry colleagues Anupam Kher and Ashoke Pandit have tweeted their condolences. Many Bollywood celebrities took to social media to express their grief and show respect for the late actor.

RIP Om puri .. interactions with you were always full of life.. you were one of the finest artist we are proud of..

Seeing him lying on his bed looking so calm can't believe that one of our greatest actors #OmPuri is no more. Deeply saddened & shocked.

Shocked to know that the immensely talented actor #OmPuri passed away. Big loss to our film industry. RIP

RIP Om Puri.
We have lost one of our finest.
A talent, A Voice, A Spirit.
Will miss you Puri Saab.

Goodbye Om! A part of me goes with you today. How can I ever forget those passionate nights we spent together talking about cinema & life ?

R I P. Will miss you Om! pic.twitter.com/UD6S7y6qUi

Shocked beyond words to learn that #OmPuri ji is no more. Will miss you sir. Condolences to the family. RIP #HugeLoss pic.twitter.com/REq9vDrtkk

I have known #OmPuri for d last 43yrs. For me he'll always b a great actor, a kind & generous man. And that is how world shud remember him.

T 2495 - Shocked to learn of OM PURI Ji's passing just now.. a dear friend a lovable colleague and an exceptional talent .. in grief !

“Gods garden must b beautiful, He always takes the best“ Will miss ur laughter over the shared brandy in Berlin. Will miss u lots Omji. RIP

A supremely talented performer who leaves a void in cinema today, etched forever in our memory for his outstanding work #RIPOmPuri

RIP #OmPuri saab. You've given us acting goals. You'll always be immortal with such a fine filmography. Tamas, jaane bhi do yaaro, chachi420

What an incredible actor he was. A genius passed today. Saddened by the loss. Thoughts and prayers with his family. #RIPOmPuri sir

#OmPuri's talent and versatility has brought so many characters to life. An inspiration to many actors. May his soul rest in peace.

The world loses a great artist, truly one of Indian cinema's https://t.co/JKRfpmzp5U In Peace #OmPuri

He saw an episode of Sea Hawks and told me "Enough TV Pandit Ji, now make movies" Fought with him, drank with him, loved him. RIP Om Bhai

The Best Actor in World, An inspiration 2 me & many, he was suppose 2 work with me in Manto.Deeply saddened by da news, RIP #OmPuri Saab

I remember driving with him every morning to set listening to old Hindi music during delhi6, So sorry to hear to hear of his passing #Ompuri

You will live in our hearts forever through the legacy you have left behind. We will miss you. RIP #OmPuri Ji

Really sad to hear #Ompuri sir is no more,a genius performer ! My thoughts n prayers are with his family

Deeply saddened to hear the news about the legendary #OmPuri sir such a talented actor and a great human being pic.twitter.com/7eOf5sQbN2

Om Puri saab,you put a small town like Ambala on the map.Will never forget the amazing conversations with you.Your legacy will live forever.

A true legend... #OmPuri sir will inspire us forever... may he Rest In Peace

Om-ji, there will never be anyone like you again... as an actor or as a person. Will miss you tremendously. Sad sad day.

An actor, a teacher, a friend & a great soul #OmPuri ji. Filled with passion for his craft & innocence in his heart. We will miss him. pic.twitter.com/I1JgBCvs2q

It's such a sad day .. so much talent , humour, generosity and such compassion.. You will be missed much #OmPuri Abba

Deeply saddened to hear about #OmPuri sir! He was such a huge part of the core of Indian cinema..RIP ! Truly and end of an era..

We lost a legend today. Your contribution to Indian cinema won't be forgotten #OmPuri

Extremely saddened to hear the news of Mr. Om Puri. Worked with him on Ghazi. Such a passionate actor with immense love for the craft. RIP

Very saddened by the news of Om Puri ji's passing. Worked with him on many films and learnt so much from him. Immense talent. #RIPOmPuri

Had meet #OmPuri sir a couple of months back only and had an amazing conversation.Saddened by his sudden demise. Rip #OmPuri ji.

You were one of the finest we had.
RIP Ompuri

Om Puri! You have left us all too early.. i am so so sorry..The fun the laughter the arguments so vividly etched in my mind..Will miss you

Sad to hear about the passing of the massively talented Om Puri. May god give peace to his soul & strength to his family #RIPOmPuri

Saddened to hear that the fabulous actor #OmPuriji passed away. Loved him in Ardh Satya many more. RIP

Omji... u were laughing with us on set jst a few days ago! We have lost one of the greatest actor & the warmest person in the film industry