The festival of Diwali is just a few days away. And like it happens every year, the holy festival will see the release of a major tent pole flick, Housefull 4, besides two smaller films – Made In China and Saand Ki Aankh. And also, just like it happens with all biggies, the ticket rates have been inflated for the comic caper. This was obviously expected but what the trade and industry wasn’t prepared for was that the prices have been kept at the same range as War, the recent flick that released on October 2 and starred Hrithik Roshan and Tiger Shroff. The prices for this action flick were the highest ever for a Hindi film and in a way, this move paid dividends. The buzz for War was immense and moreover, it released on a national holiday, that is, Gandhi Jayanti. Housefull 4 too enjoys hype but is not releasing on the day of holiday but 4 days before. As a result, many have questioned if increasing rates for the first three days when the footfalls will be less due to pre Diwali and Diwali will be a wise move. 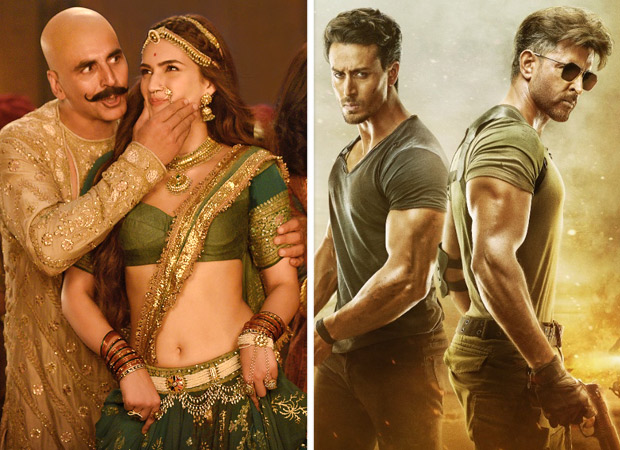 Raj Bansal, the owner of Entertainment Paradise in Jaipur, agrees, “I personally feel that they (producers) shouldn’t have done this. For big films, to keep the rates at the same level as the last hit is a very common trend. But to increase the price of Housefull 4 to the level of War during the weekend when the turnout will be low is not advisable.”

Manoj Desai, executive director of G7 multiplex in Mumbai, popularly known as Gaiety-Galaxy cinema complex has always been against the trend of inflated ticket rates but most of the times, he has to bow down to the diktat. He states, “Yes we had to increase the rates as the distributors are blackmailing us. If we don’t increase the rates, we wouldn’t get the film. So we had no choice. Diwali toh koi bigaadna nahi chahega.”

Prashant Solanki, General Manager of Cine Park, Valsad, however asserts, “The rates for Housefull 4 are at par with War and there are no issues. If the rates were further increased, then that would have surely pinched the audience. But since the rates are the same as the previous movie, there is no problem.”

Vishek Chauhan, owner of Roopbani cinema in Bihar, on the other hand says, “We haven’t been asked to keep the rates at War's level yet. So we have gone for normal blockbuster pricing as per what we have been told.”