Over the years, Kriti Sanon has become one of the most bankable female actresses of Bollywood, showing her talent in not just acting but also the ability to draw an audience in cinema halls on her own shoulders. Prior to the pandemic, the actress was on a signing spree lining up for back-to-back films, however everything went for a toss in March. While her next release, Mimi, is ready and waiting for the release, she has multiple films lined up to commence the shoot. However, Bollywood Hungama has exclusively discovered that producer Dinesh Vijan has put his next film with Kriti Sanon and Rajkummar Rao on hold for the time being. 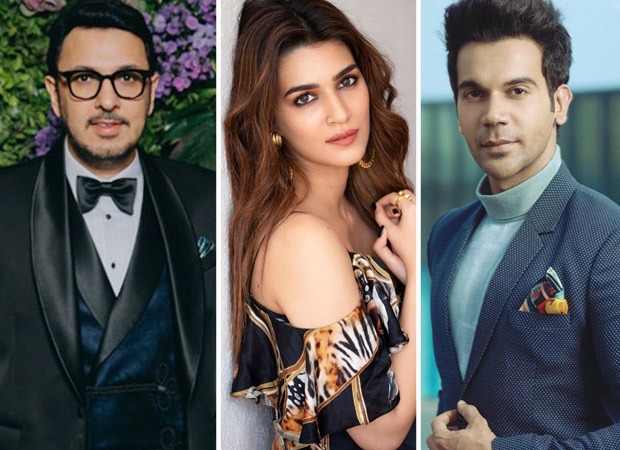 “It’s a multi-starrer set against the quirky backdrop of a couple adopting parents played by Paresh Rawal and Dimple Kapadia, to be shot at real locations and was all set to go on floors in Summer 2020. Things have changed a lot since then, and Dinesh VIjan, who has three films ready for a release, has decided to keep the film on backburner for the time being until he decides on the future of his three films – Mimi, Roohi Afazana and Shiddhat – thereby setting his cash flow rolling,” a source exclusively told Bollywood Hungama.

We have also heard that Dinesh Vijan was initially on the verge of selling all the three film to Disney Plus Hotstar for a direct to digital premiere, however the deal fell through owing to differences in financial terms between the two stakeholders. “He has been trying to strike a deal for the three films, but now with cinema halls reopening, he might just bring them in the cinema halls. It’s all wait and watch for now, but until he decides on the future, it’s unlikely for the yet untitled film with Kriti to go on the floors,” the source further told us.

The yet untitled film will be directed by Abhishek Jain and would mark a reunion for Kriti and Rajkummar after Bareilly Ki Barfi. Dinesh also has a horror comedy with Varun Dhawan to be directed by Amar Kaushik, which will roll next year.

Meanwhile, Kriti Sanon will get back to set next year with Akshay Kumar starrer Bachchan Pandey directed by Farhad Samji and produced by Sajid Nadiadwala.

Ayushmann Khurrana announces his next film…