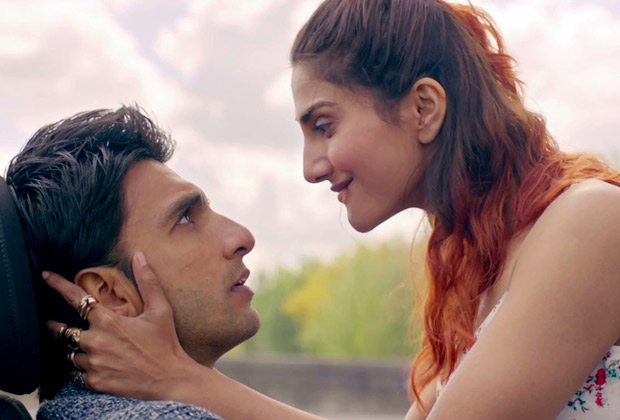 Ever since Ranveer Singh and Vaani Kapoor starrer Befikre trailer was unveiled, the audience has gone berserk talking about it because of the smoochfest shown in it. From meeting for the first time to no strings attached hook ups, the first trailer for the upcoming romantic comedy has 12 kisses in the trailer.

The Central Board of Film Certification (CBFC) is known to chop off intimate scenes before passing the certificate. Many Indian and Hollywood films become the victim of several cuts due to the intimacy factor. But, in the case of Befikre, the trailer of the film was passed with Universal/ Adult (U/A) certificate which is very unlike them.

In a recent interview, CBFC Chief Pahlaj Nihalani addressed the certification process by saying, “When we are strict with on-screen intimacy, people have a problem, when we let scenes of intimacy remain intact, people have a problem. The images in Befikre are not about the kisses alone. It’s about a whole lot of things, about love. The trailer shows kissing as a manifestation of love; it’s not there for titillation.”

Talking about the kisses, Nihalani further added that it was Aditya Chopra's direction that made the intimate scenes look aesthetic and not vulgar. He said, “All the kisses are in long shots. It’s only in close-ups that kissing on screen tends to look overblown. There is a difference between showing intimacy discreetly and getting so worked up about it that the camera becomes voyeuristic. As to why the CBFC has chosen to be liberal with the trailer, it’s because Aditya Chopra’s aesthetic sense makes the kissing look natural and not vulgar at all.”

Directed by Aditya Chopra, Befikre is scheduled to release on December 9.