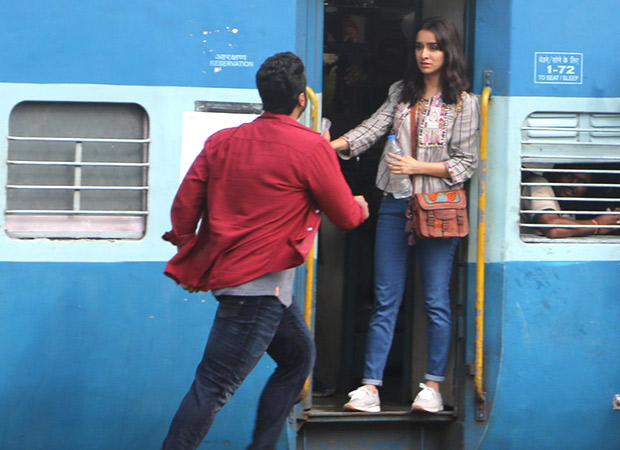 The currently underproduction film Half Girlfriend that is being helmed by Mohit Suri, starring Arjun Kapoor and Shraddha Kapoor seems to going all guns blazing to ensure the film’s eventual box office success. Though the film is still a long way from releasing, the makers of the film, Balaji Motion Pictures have gone that extra mile to ensure that their film is authentic in every way possible.

In fact, we hear that Balaji has pulled off a one of its kind tie up on the international level with the American sporting organization NBA (National Basketball Association) coming on board. Detailing the association’s involvement in the film, a source informs us, “NBA has come on board in a massive way. We initially wanted the basketball sequences in Half Girlfriend to look authentic and had approached the organization. Post this they took a look at the script and delved into the details of the film before coming on board.” Further talking about how the people at NBA helped with Half Girlfriend, the source continues, “In the film there is a 15 minute basketball sequence and for this coaches from NBA flew down to India to train both Arjun and Shraddha. This was to get every minute detail of the sport spot on, since not many films actually feature basketball.”

If the training was not enough, the deal between Balaji and NBA also feature more promotion centric aspects that work for both parties viz. the film and the sport. “Apart from training the actors and lending professional support for the film, NBA and Balaji also have a deal that will help promote both the film and the sport. With this in mind there will be specific NBA experience zones set up across major metro cities to help, along with another long term plan that is being worked out”, adds the source.

Further commenting on the said long term plan, the source adds, “As per the other plan, the NBA will set up a junior league wherein talent from across India will be selected and trained on professional level by NBA coaches for the sport.” Though this is still in the works, this will be the first time an international sporting organization has tied up with a Bollywood film.

As for the film itself, Half Girlfriend that is based on the Chetan Bhagat novel by the same name is slated for release on May 19, 2017.