Filmmaker Sriram Raghavan's Andhadhun, starring Ayushmann Khurrana, Radhika Apte, and Tabu, won several accolades at the National Film Awards this year. With critical acclaim and the audience's positive response, the film went on to become of the finest films of 2018. And it grabbed Ayushmann Khurrana his first National Award for Best Actor. 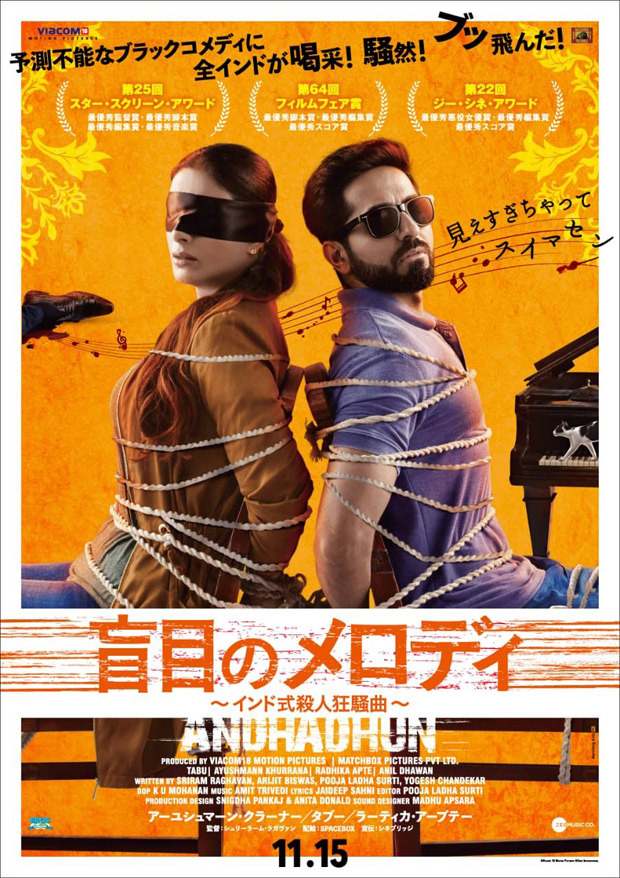 Now, after receiving a good response in China, Andhadhun will now release in Japan on November 15, 2019. The film was a black comedy in which Ayushmann played a blind pianist and Tabu was the antagonist.

ALSO READ: Brand Ayushmann Khurrana races ahead of the competition