Ayushmann Khurrana and Nushrat Bharucha starrer Dream Girl trailer and its music - together has grabbed all the eyeballs and the audience is excited to watch this laugh riot on the big screen. The soulful track, 'Ik Mulaqaat' which is receiving appreciation from the audience, Ayushmann Khurrana is all set to record his rendition of 'Ik Mulaaqat'. With his soulful voice. The actor is surely going to delight his fans with this unplugged version. Dream Girl has already become one of the most awaited films of the year. 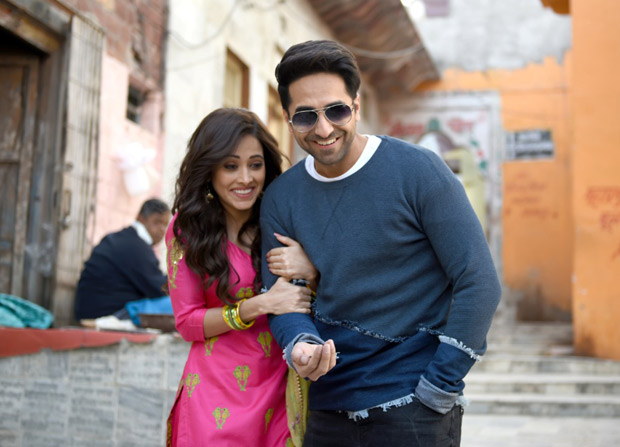 Recently, the makers of Dream Girl treated the viewers with a new song, a romantic ballad - 'Ik Mulaqaat', which became an instant favourite with the fans and the song has been climbing up the music charts. With the film releasing this week, the makers are leaving no stone unturned to keep the excitement alive.

‘Ik Mulaqaat' perfectly captures the shyness and excitement of the first date. Ayushmann and Nushrat are seen traipsing through the narrow alleyways of a colourful bazaar, sharing sweet-nothings with each other. 'Ik Mulaqaat' has been composed by Meet Bros and is sung by Altamash Faridi and Palak Muchhal, and the lyrics are penned by Shabbir Ahmed.

ALSO READ: Ayushmann Khurrana recalls he felt like he was reborn after he held his son for the first time

Sonu Sood roped in as lead in Raaj…