Filmmaker Zoya Akhtar's The Archies is one of the highly anticipated movies of 2023. The film marks the introduction of Mihir Ahuja, Dot, Khushi Kapoor, Suhana Khan, Yuvraj Menda, Agastya Nanda and Vedang Raina. Now, it seems like the actors are set to reunite for an important schedule. 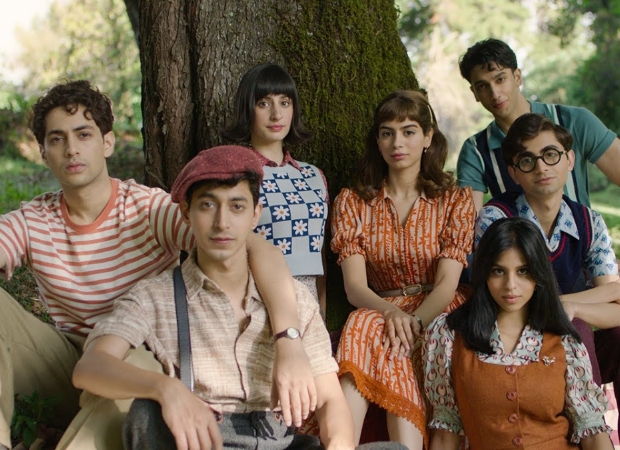 The Archies stars Suhana Khan, Agastya Nanda, Khushi Kapoor and others set to film a classroom-themed song in July

As per several reports, the cast will reunite to shoot a school-themed song for the movie. The song will be choreographed by Bosco and Caesar. The cast will be dressed in school uniforms. They will shoot for the same in Mumbai at the end of July. Previously, the choreographers had worked with Zoya Akhtar on 'Senorita' in Zindagi Na Milegi Dobara.

The Archies cast wrapped their first schedule in Ooty earlier in June. The film has the iconic gang of The Archies’ at the center of it, and perfectly matches the youthful energy, hope, and excitement of the sixties era. A musical experience bursting with youth, rebellion, friendships, first loves, and everything young adult, it still promises to have something for every generation.

Set in the 1960s, this musical drama is being directed by Zoya Akhtar and headlined by an exciting fresh ensemble.