Anurag Kashyap and team took to Twitter today to officially announce Saand Ki Aankh, a film based on two of the oldest female sharp shooters in the world – Chandro Tomar and Prakashi. The story is inspired by their journey of becoming sharp shooters in their 50s hailing from a small village, Johri. Bhumi Pednekar and Taapsee Pannu have been roped in to play the role of these powerful ladies. Initially, the makers wanted to call the film as Womaniya, but that did not work out. Apparently, the reason behind this issue is Pritish Nandy. 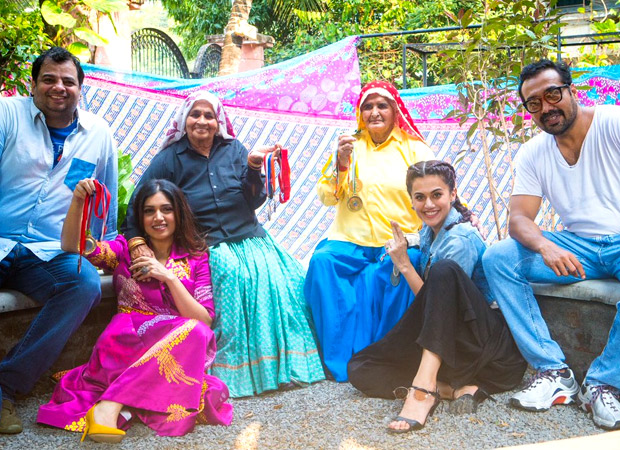 Anurag Kashyap tweeted to call Pritish out on his claims of having a copyright on the name Womaniya. The sum his company apparently asked to hand over the rights to Kashyap was Rs. 1 crore to which Anurag clearly refused and has decided to retitled this project Saand Ki Aankh.

In a series of tweets, Anurag has called Nandy out and director Anubhav Sinha also supported him. Taapsee too did not hold back from throwing major sass. Take a look at their tweets.

So we have decided to not pay the extortion sum of 1 crore to @PritishNandy. He can sit on the title and warm it and hope for it to hatch into something worthwhile for his company for once

That title is rightfully yours. https://t.co/O1fNI7OY4d

Well sir .. Mr @PritishNandy has trademarked Womaniya .. IPR can go to hell. But that’s his modus operandi. That’s how he makes money.

Interestingly I have had a wonderful experience with taking titles from perfect strangers recently. I gave one to a stranger too. https://t.co/O1fNI7OY4d

Saand Ki Aankh will soon go on floors under Relaince Entertainment’s banner and will be directed by Tushar Hiranandani.

Also Read: Taapsee Pannu and Bhumi Pednekar’s Womaniya gets a villain and you will never be able to guess who it is!