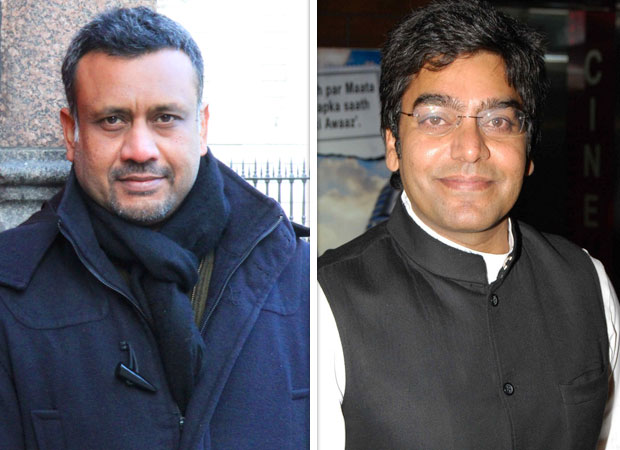 Producer-director Anubhav Sinha who is known for his commercial blockbusters is equally known for his successful stint with the television industry at a time when the latter was in its nascent stage. Considered as one of the founding fathers in the television domain, having contributed to 150 television hours, Sinha benchmarked the manner in which television content was perceived and consumed with Shikast, the flagship show of In Mumbai TV Networks that attracted a lot of critical acclaim. The show marked the debut of  Shammi Kapoor, Manoj Bajpayee, Ashish Vidyarthi and Milind Gunaji on the small screen, a record that been earmarked in history books. Eminent poet Gulzar was so impressed with the pilot episode that he gifted a poem to Sinha which was the first and last time the maestro actually gifted anyone a poem.

The Benaras Media Works proprietor, Sinha has roped in multi-faceted actor Ashutosh Rana for his multi-starrer commercial film Mulk after working with Rana in the TV episode Shikast close to 2.5 decades ago in 1993. Talking about his experience with Sinha, Ashutosh Rana states, “My experience with Anubhav with Shikast was phenomenal. He is a great director and technician and I have full faith and trust in his sensibility and vision. I have always liked shooting in Lucknow because the temperament of the city is very different.”

Director and producer Anubhav Sinha states, “Ashutosh and I travel back to a time when television dominated the entertainment industry. He is an incredible actor and brings great credibility and maturity to the existing casting. ”

As for the film, Mulk is said to be a social thriller based on true life events, which will go on floors in October and features Rishi Kapoor, Taapsee Pannu, Prateik Babbar and Rajat Kapur. The film will be shot in Varanasi and Lucknow and is scheduled to release early next year. Screenplay writer-producer Mushtaq Shiekh will be the associate producer of Mulk. The plot of the film revolves around the story of a joint family who hails from a small town in India, who are out to reclaim their honour after being embroiled in a controversy.