Anil Kapoor, who is currently shooting for his next film Race 3, recently met his Mission Impossible: Ghost Protocol co-star Tom Cruise while shooting in the UAE capital. Not many people know that Anil Kapoor and Tom Cruise have known each other for several years now. The duo has kept in touch ever since they worked together in Mission Impossible 4. As soon as they found out that they were both in the same city, they moved their incredibly packed schedules around to make time to meet each other. 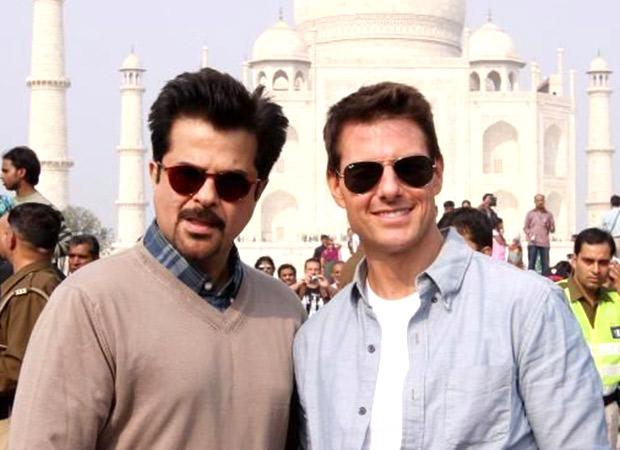 Tom Cruise and Anil Kapoor spent an entire day together catching up on their professional and personal journeys since the last time they saw each other. Says a source, “Tom and Anil spent hours talking about their films, families, food, and fitness. It wasn’t surprising that a large part of their conversation revolved around fitness, since they’re both passionate about it, and Tom even said that he was happy to see Anil looking fitter than ever. They spoke at length about the stunts in the new MI film as Anil has often expressed his admiration for Tom’s work ethics, specifically the fact that Tom performs all of his own stunts, regardless of how dangerous and demanding they are. Tom was all praises for Anil’s new look for Race 3 and commended him on his infectious energy and enthusiasm, even in the face of 4 upcoming releases."

Anil Kapoor, on the work front, is shooting Race 3 in Abu Dhabi. Starring an ensemble cast of Salman Khan, Jacqueline Fernandez, Bobby Deol, Saqib Saleem and Daisy Shah, the action thriller is undoubtedly one of the most awaited films. Produced by Salman Khan Films and Ramesh Taurani under the banner of Tips Films, Race 3 is directed by Remo D'souza and will hit theatres on Eid 2018.

Tom Cruise, on the other hand, recently wrapped up filming of Mission Impossible: Fallout. This is the sixth installment in the action franchise. Directed by Christopher McQuarrie, the film stars Simon Pegg, Ving Rhames, Henry Cavill and Rebecca Ferguson.