Being a celebrity has its own fair share of benefits as well as disadvantages. While there are eager fans that wait to see a glance of you and cheer you up, there are others who target, troll and bully, sitting miles away- exactly what Ananya Panday has taken up as a cause with her initiative ‘So Positive’.  Ananya also mentioned in an interview that social media, though so powerful, can also be a negative breeding ground. Trolling, in particular, is something which needs to be done with. 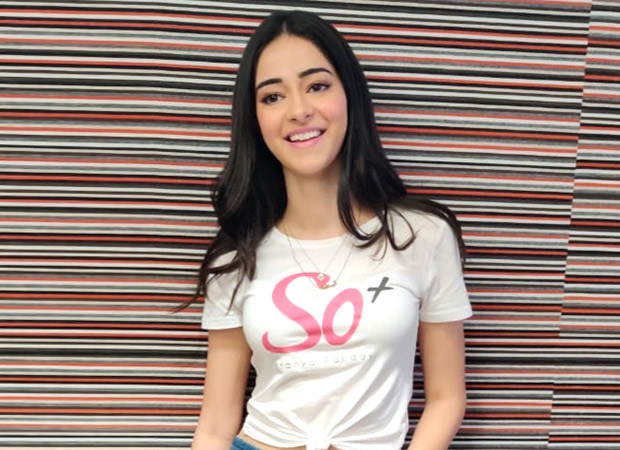 The next-gen star talks about what drove her to take up the cause and bring such a relevant initiative to life, "I have been thinking of this for a really long time because you know when social media bullying takes place everyone sees it happening and it happens in front of everyone because it’s in digital platform but no one really says anything about it and when you are young you always aspire to be like someone and you always look up to someone and when you see someone takes action, I think everyone likes to follow that so one person stands up and says no to bully and a lot of people will follow that. So, with this initiative what I am aiming to do is, build a community because when you go through things like cyberbullying the most important thing for you, you have someone to talk to and feel like you are not the only person who is going through this. That's what I wanna do. I wanna show people they are not the only one who's going through this and there are many who are going through it. You have people to talk to and you have me if want to talk to. I want to bring light on this topic.”

Recently, the actress was spotted in the city wearing a super chic t-shirt which had imprints of her newly launched initiative, ‘So Positive’ on it. Ananya completed the cool avatar by pairing the t-shirt along with a ripped jeans and white shoes- which is proof that Ananya is all about her cause, right now.  The teen sensation who made a remarkable debut this year as the best student has been vocal on the whole cause and has launched a one of its kind platform to battle it all and as she says, to negate social media bullying. Ever since her Bollywood debut, Ananya has been raking in immense love and appreciation from across quarters. The actress is currently one of the most sought after names for brands where she is already the face of the most iconic brands of all times. More so, she is known for her style and sartorial choices.

Ananya Panday might be just one film old but she has been witnessed the digital faceless world of bullies. However, the way she has tackled the trolls is absolutely refreshing and healthy. It is something which every person who lives and breathes on the internet or has ever experienced a troll should know about. Social media bullying is extremely detrimental to a person’s well-being. From its repercussions ranging from low self-esteem, anxiety, depression and image issues, it is just as severe as any other health problem.