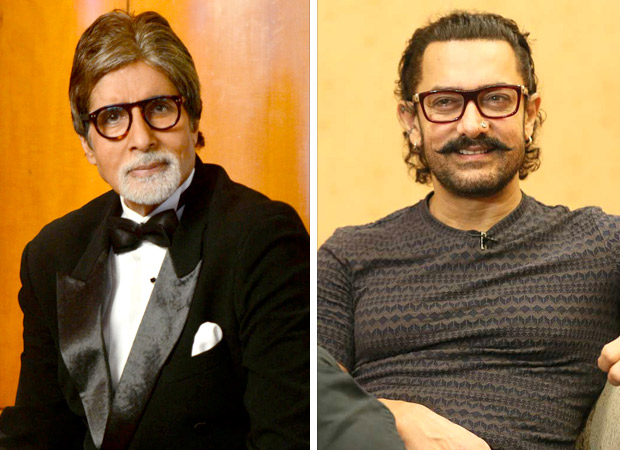 Injuries and illnesses are no strangers to even the mightiest movie star of our land Amitabh Bachchan. In fact Mr Bachchan has been saved from the jaws of death on many occasions, the most serious being the near-fatal accident on the sets of Manmohan Desai’s Coolie.

One would think Mr Bachchan would have learnt his lesson by now. But the super-performer continues to take the most injury-prone risks during shooting. His latest derring-do to have landed him with an injury happened on the location of Vijay Krishna Acharya’s Thugs Of Hindostan last week.

During an intense action sequence with Aamir Khan, Mr Bachchan injured his shoulder. Says a source close to the Bachchan parivar, “The family keeps threatening/ warning/ pleading/ begging/cajoling him not to do stunts. But he doesn’t listen. For Thugs Of Hindostan (producer) Adi Chopra had insisted on a body-double for a complicated stunt. But he (Mr B) insisted on doing it on his own. He has now injured his shoulder. Is he in pain? Of course he is! In acute pain. But he never admits to feeling any pain.”

The Bachchan family has laid down a New Year resolve for the patriarch: no stunts/action in 2018. “But we doubt he will stay away from action. We’ve made him promise to stay away from stunts in the past…only to see him back at it,” says a member of the family.