Amitabh Bachchan was recently seen in a thriller Badla with Taapsee Pannu. The film received accolades from the critics and the audiences. It went onto become a sleeper success. But, Big B is unhappy that the success of Badla wasn’t publicized enough by neither the producer, nor the distributor, nor the line producer, or anyone else in the industry. Shah Rukh Khan, who is the film's producer, responded to his tweet with his witty remark. 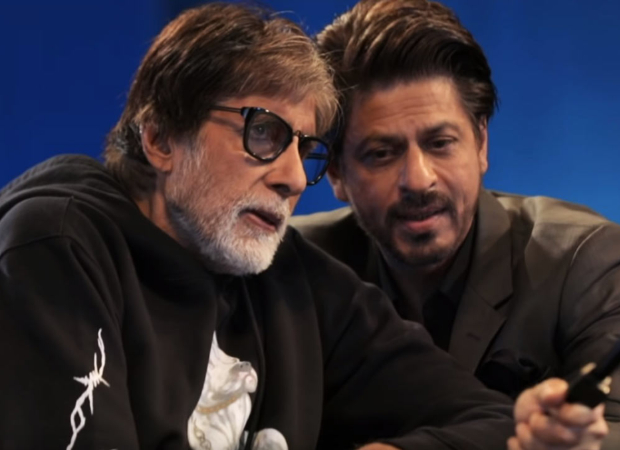 Quoting a tweet which said Badla has crossed Rs 85 crore mark at the box office, Amitabh Bachchan wrote on Tuesday, “About time someone started talking about this silent success !! Because neither the producer, nor the distributor, nor the on line producer, or any else in the Industry, in general, has even spent a nano second to compliment the success of this film Badla.”

Shah Rukh Khan, who produced the film under his banner Red Chillies Entertainment, quickly responded with his witty remark that read, “Sir hum toh wait kar rahein hain ki aap party kab de rahein hain hum sabko! We r waiting outside Jalsa every nite! (Sir we’ve been waiting for you to throw a party for everyone! We’re waiting outside Jalsa every night!).” Jalsa is Amitabh Bachchan’s residence in Mumbai’s Juhu.

ALSO READ: Amitabh Bachchan says NO to the role of a Pakistani