Amazon Prime Video and Everest Entertainment today announced the exclusive digital premiere of the upcoming Direct-To-Stream Marathi drama Photo Prem on May 7 in India coinciding with the much-awaited launch of the movie’s trailer. Starring veteran actor Neena Kulkarni in the lead along with Amita Khopkar and Sameer Dharamadhikari in pivotal roles, Photo Prem is an interesting story of Maee, a housewife who seemed worried about being forgotten by future generations post her demise because she’s doesn’t look her best  in the ‘old pictures’ of herself. The film captures Maee’s journey to overcome her fear of camera and finally she succeeds in clicking a perfect picture. 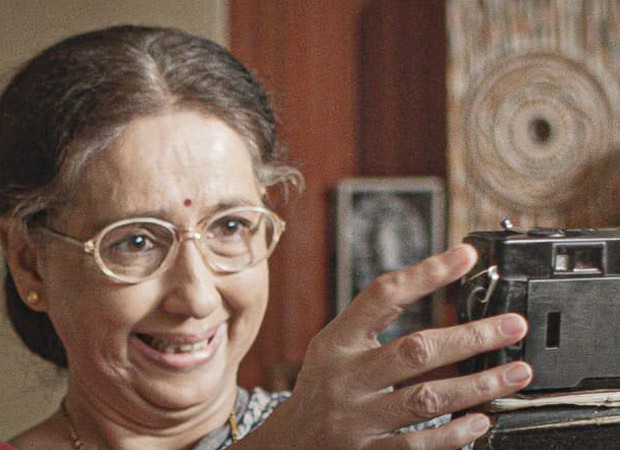 Photo Prem is produced by Aditya Rathi, Mehul Shah and Gayatri Patil and is directed and co-written by Aditya Rathi & Gayatri Patil. The trailer gives a glimpse of the meaningful life of Maee where she starts to worry after seeing a childhood picture of a deceased person. The thought of not having any recent photos of herself makes her to wonder how people will remember her once she leaves this world. It takes Maee on an intriguing quest to capture that one defining shot for a frame.

Talking about his film, debutant director and co-writer Aditya Rathi said, “Photo Prem is an unusual story of a very usual scenario that everyone can relate to. It beautifully depicts the emotional and the most common human side of any person where they start thinking about how the world will remember them once they cease to exist. I am glad to collaborate with Amazon Prime Video which will enable us to reach out to audiences across the length and breadth of the country, beyond Marathi speaking viewers. Buoyant with the successful release of our film Picasso on Amazon Prime Video recently, we are excited to now premiere Photo Prem on the streaming service. Needless to say, Marathi cinema has rolled-out some great content of late and I am certain that Photo Prem will be a great addition.”

Veteran artist and lead actor Neena Kulkarni said, “Photo Prem has such a nuanced and thoughtful storyline and it has been nothing short of a privilege to play a lead in this film.  The movie portrays one of the most innocent and purest emotions and I did everything in my capability to do justice with the character. The quintessential story of ‘Maee’ in Photo Prem is one which deserves to be showcased as widely as possible. It is a movie for everyone and I hope it will be showered with the same quantum of love with which we made it.”

While attending a funeral, Maee, a typical housewife realises that in situations like these people often look for a photo of the deceased that can be put up in his/her remembrance. She realises that being the photophobic that she is, she doesn’t have a good picture to be put up after her. This leads her to think that she might just be forgotten by the generations to come as without a picture they will not be able to relate to her. Worried she sets out on a quest to overcome her fear of the camera and get a good picture. But will she be able to get a picture that would define her? And will people be able to relate to it?