Akshay Kumar starrer Mission Cinderella is set to have digital release. Now titled Cuttputlli, the crime thriller film arrives on Disney+ Hotstar on September 2, 2022. The first look was unveiled on Friday on the occasion of Janmashtami. 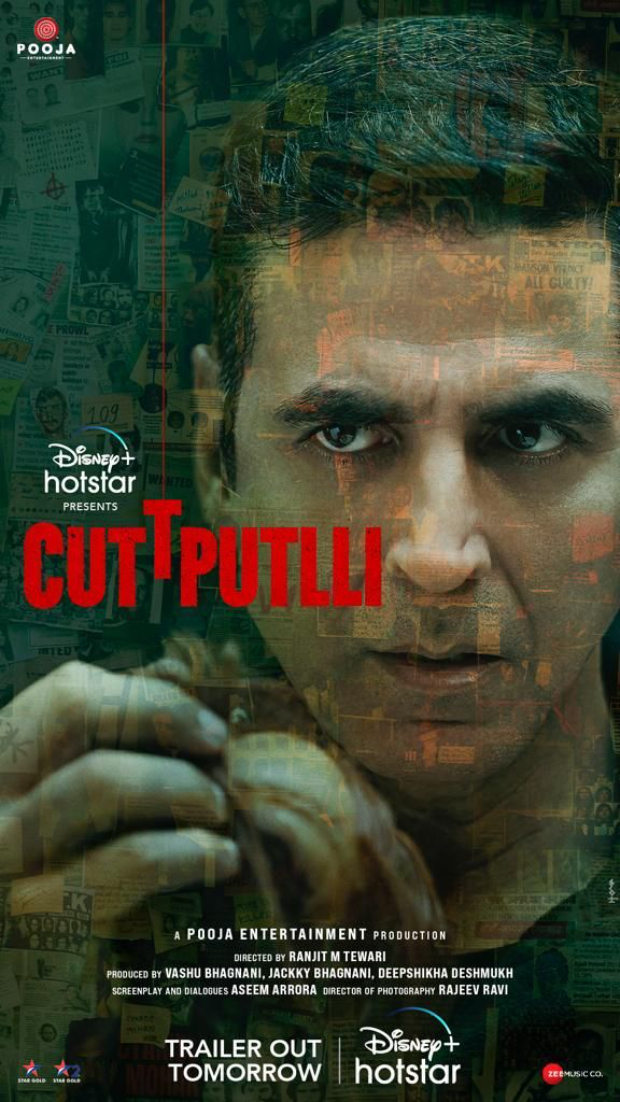 The trailer for the same will launched on August 20 in Mumbai in the presence of Akshay Kumar, Rakul Preet Singh, Sargun Mehta and Chandrachur Singh. Joining them will be producers Jackky Bhagnani, Deepshikha Deshmukh and director Ranjit M Tewari.

The film is Hindi remake of Rakshasudu, starring Bellamkonda Sreenivas, which is a story about Arun, a newly appointed police sub-inspector, who goes after a notorious serial killer who targets teenage girls. However, his mission soon comes at a terrible price.